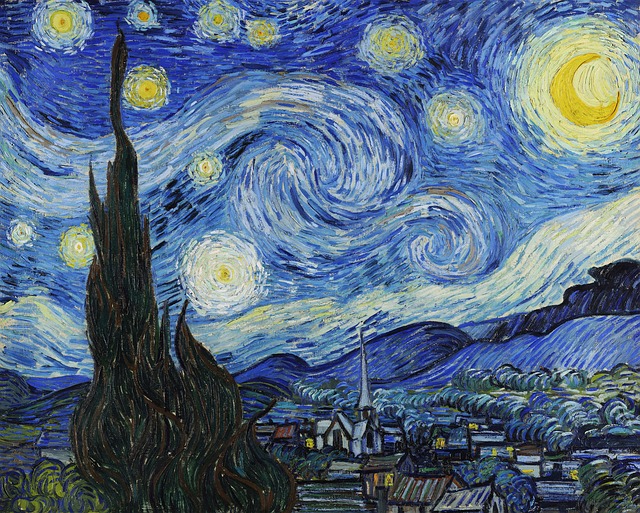 Van Gogh at the Asylum

The former monastery of Saint-Paul-de-Mausole was also the asylum home of one of the greatest artists who has ever lived- Vincent Van Gogh. Starry Night: Van Gogh at the Asylum by Martin Bailey talks in detail about Vincent’s year-long stay at the asylum. Why would a reader be specifically interested in knowing about the one year that Van Gogh spent at an asylum? Well, the popularity of the artist has just been growing as time passes by. This should be reason enough. But, there are many more. This was also a period of rich creativity for Van Gogh. It gives a glimpse into the sheer versatility and energy of the artist.

Bailey makes connections between the building of the asylum that he sees today, and the life of the artist during the one year he was confined there. With unprecedented access to authentic documents, he takes us into his process of research and discovery of Vincent Van Gogh’s time at the hospital.

One gets the feeling that the reader is on a mission to solve some of the mysteries about Van Gogh that has left experts baffled. Here are just some of the things you can expect to know in more detail: what did memoirs and dairies of inmates who were there at the same time as Van Gogh had to say about him? What did the starry sky looked like on the night when Van Gogh painted Starry Night, one of his most famous works? What were his other paintings during this time? How did he interact with the landscape and how did that influence his work in confinement?

I felt I was a detective looking at clues that would provide information and links to the life of Vincent Van Gogh. There are minor but relevant details in the book that would be of great interest to those interested in the artist. For instance, the author points to the fact that he may have just tracked down the actual almond tree that became the subject of a famous painting. The book features some old and new photographs and trivia about the asylum. Now, with very limited access to this asylum, these are indeed valuable.

The year at the asylum was a very productive one. Van Gogh made at least 150 paintings during this time. While the colours were more muted, the swirling strokes tell another underlying story. Nature always moved Van Gogh. The asylum had beautiful gardens and views and this must have soothed his mind. His paintings from the time in the asylum are clearly inspired by the gardens present therein. He spent the whole day painting in the park. He even exhausted all his supplies and took to sketching in ink whilst he waited for more canvases to arrive from Paris.

The book also highlights Van Gogh’s state of mind prior to the infamous incident where he cut off his ear. Bailey notes after examining asylum records that Vincent suffered from auditory hallucinations. This could explain why he cut off his ear. However, some other facts also need to be considered.

He was, at that time, in Arles, in the South of France in the famed Yellow house. He had invited the painter Gauguin to live and work with him. But, their relationship turned sour and different temperaments could not gel together. So far, Van Gogh had been dependent on his brother Theo. But, around this time, Theo had just gotten married and it is natural to assume that Vincent felt a little insecure.

It was under this mental state that on the night of December 23, in the year 1888 the most infamous episode in the history of art took place. Vincent had a bitter fight with Gauguin, which led the latter to walk out on Vincent. Vincent then cut off his left ear, wrapped the flesh in paper and delivered it to a woman in a local brothel.

This prelude to what led to his confinement is well known in history. The book adds on to this information by revealing more information in detail. For instance, ten years before this infamous episode, Vincent’s father had thought of committing him to an asylum as well. it describes in detail his entry to the asylum with the help of a reverend pastor who accompanied him.

A record of his work

A book on Vincent Van Gogh would need to have his paintings presented in full glory. Quite aptly then, this book has colourful representations of the artists’ works which makes it a visual delight as well. What I also found interesting was related memorabilia, including old photographs and illustrations pertaining to what is described in the book.

Another point of interest is that the book has pictures of paintings that he made whilst in the asylum. There are interesting details and observations made for each. This section is quite exhaustive and the research and interpretations presented here would be very helpful for anyone who has an interest in Vincent’s works. The writer speculates based on the paintings what Vincent must have felt at the moment of painting it. For instance, he speculates that Van Gogh’s bedroom at the asylum must have been on a higher floor based on the views of the wheat fields that he has painted in several of the paintings. It is these little details that make the book a delight to read.

This book would be of special interest to those who have a keen interest in Van Gogh and would like authentic information on his life. It is packed with a lot of detailed information, corroborated with some ingenious and out-of-the-box research. Van Gogh at the Asylum by Martin Bailey is a very detailed and rich account of one precious year in the life of one of the world’s most renowned artists.

Title: Van Gogh at the Asylum

Snakes In The Meadows by Ayaz Kohli

Defining India Through their eyes by Sonia Singh

The Code: Awaken the hidden wisdom of your heart by Mukta Mahajani