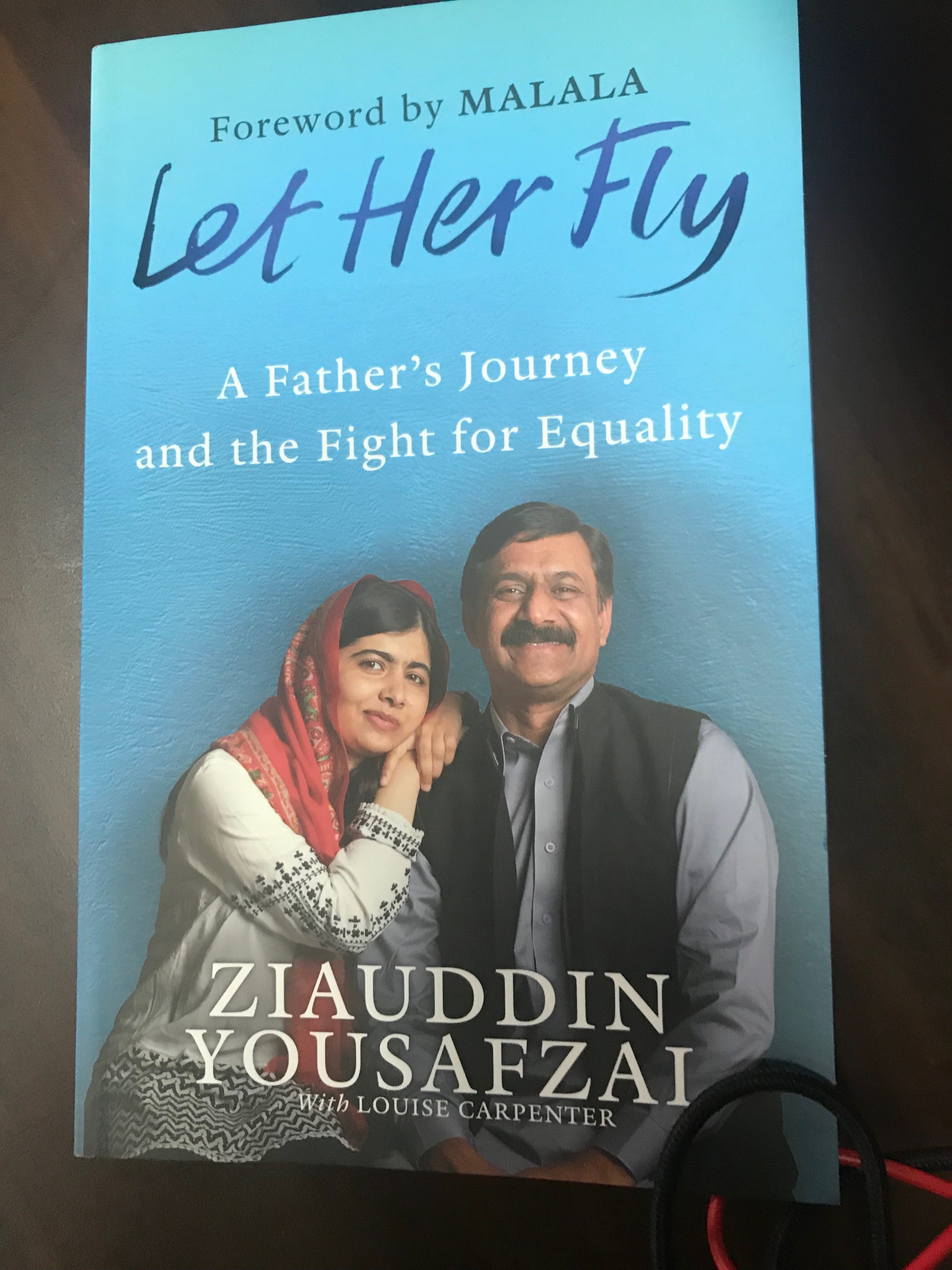 Malala Yousafzai is a household name. The brave young Pakistani activist who survived a bullet in the head- a ghastly move against her activism, went on to make a remarkable contribution for the cause of women and children. She has penned some equally outstanding works, such as the recently released book, We Are Displaced: My Journey and Stories from Refugee Girls Around the World. Let Her Fly by Ziauddin Yousafzai is an inspirational autobiography by her father which outlines his life story from a small village in Pakistan to Birmingham, Britain. As the name suggests, his whole life is dedicated to promoting girls’ education and rights!

The book describes in simplicity and detail, the patriarchal society in Pakistan which Ziauddin took for granted when he was a child but which made him uncomfortable once he grew older. When he was blessed with a daughter, Malala, he rejoiced her birth as opposed to the disappointment of others and made sure his home was a haven of equality. He applauds the quiet, rock-solid support of his wife and his sons throughout the book.

Ziauddin and his family are God-fearing, ‘salt of the earth’ people. They wanted to help others and realise the need for education of girls in an orthodox society like Pakistan as the way forward. They are content running their school in a small town and never lose sight of their goal despite Malala’s growing popularity. Slowly but surely their efforts are paying off when tragedy strikes! Malala is shot by the Taliban and taken to Britain for treatment. To avoid danger and to stay together, the whole family shifts there too.

This is a classic story of the slow but steady underdog winning the race! It proves that no political connections or wealth is needed when one’s intentions are clear and one’s only focus is to do good. Their strength of spirit and resilience comes through as does the close-knit sense of family. Their love for their country is recounted in many scenes in the book. More specifically, the scene when the family returns to Pakistan after many years is truly heart-warming! Way to go Mr Ziauddin, the strength behind the hero! We applaud your simplicity, humility and roundedness of character that brings tears and smiles by the end of the book.

Ziauddin Yousafzai’s moving memoir tells the story of how a single family can be a powerful unit of change. Let Her Fly will be an inspiration to millions of parents who often succumb to the pressures of society. When a family is dedicated to a true cause it can change the world! Ziauddin Yousafzai’s tale goes on to show that.