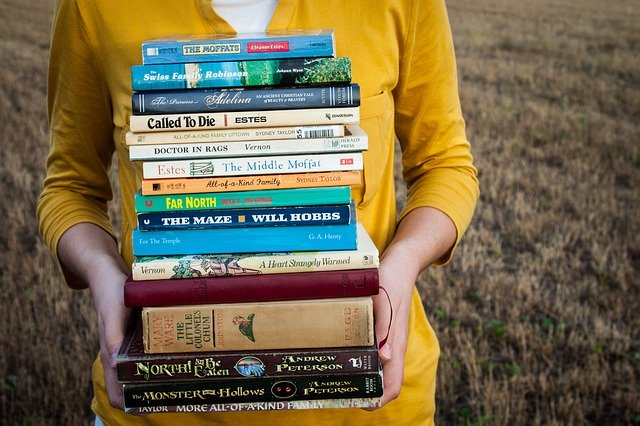 Literature has myriad genres be it the dreamy fiction or realistic non-fiction. Then, there are some salty poetry books too. In other words, there is so much to read and learn about. It’s not practically possible to read everything. Yet one can surely read some chosen ones out of all. Here are top 10 fiction books from past decades. All the way from the 1920s, these books have been called iconic for a reason! Find out for yourself as you immerse into our pick of iconic novels to read.

No connoisseur of literature can forget this novel that shook the 1920s. Thematically, it deals with time and war-related issues. The chief protagonist, Clarissa Dalloway is married to Richard Dalloway. The story unfolds in time-lapses, moving to and fro. Mrs. Dalloway goes to London to host a party for her friends. It is during the preparations for this party that she recapitulates her past. She remembers how she didn’t get married to Peter Walsh who wasn’t as reliable as Richard. The action is centered around the party. Everyone attends it, including people from her past. Here she also listens to the suicide of a character called Septimus. It is heralded as the best work of the author. The novel featured in 2005 in TIME’s list of influential books.

The Grapes of Wrath by John Steinbeck

A masterpiece of its own era, the book was published in 1939. It later went on to win the prestigious Pulitzer Prize. In fact, Steinbeck has also won the Nobel Prize. This book is set in the era of the Great Depression around 1928-30. The protagonist, Tom Joad, lives with his family in their Oklahoma home. They all are tenants and very poor. The Depression hits and they face hardships. There is drought and economic lockdown. This prompts them all to travel to California where they face adjustment issues. The story depicts universal themes of survival and belonging in a beautiful manner.

This is probably the most brilliant novel ever written. Although the title is 1984, the dystopian fiction book was published in 1949. It depicts a totalitarian world. In this world, everything is turned upside down. Winston Smith, the chief protagonist, is supposed to rewrite history according to the whims of the Big Brother’s party. Big brother is basically the person behind the autocratic Inner Party. They regulate every movement of people. Later, Winston falls in love with Julia. But owing to party strict regulations, basic individual freedom is compromised. In the last part of the book, one sees extreme torture. Winston is tortured to finally accept the big brother. A great example of political fiction.

This dystopian fiction is written by the American writer Ray Bradbury. The main theme of this book is ” book burning”. Yes! It may sound weird but the whole story runs around this topic. The protagonist, Guy Montag, is a book burner and he burns all literature. However, as the story progresses, there comes a great change in him. He slowly turns out to be a sensitive person. Disillusionment gives way to realization. Ray chose this topic because book burning in America was a great issue. It was mostly done to do away with reading and literacy.

To Kill a Mockingbird by Harper Lee

Despite half a century having passed since its publication, the themes of racism and other inequalities seem frighteningly true today. It also deals with sensitive issues like child abuse and gender. The story centres around a girl nicknamed Scout. Her real name is Jean Finch. She has an elder brother Jeremy. They are fascinated by a man named Boo. Yet they never see him. A series of events make Scout meet Boo. Yet in the end, he leaves her. She thus explores life through Boo’s perspective. The Pulitzer Prize winning book resonates today, as much as it did when it was published.

The Bluest Eye by Toni Morrison

The title of the novel is grasping….as beautiful as a flower. Toni Morrison’s legacy is still alive. The book talks about issues like racism, rape, and others. The protagonist Pecola is a young girl who is fascinated by blue eyes. For her, they stand for whiteness. She is raised by her foster parents. Her own house was destroyed by her abusive father. Claudia is the daughter of her foster parents. Pecola suffers a lot of discrimination at the hands of other whites. Finally, in the end, Claudia realizes her mistake of treating Pecola like a scapegoat. The novel is very emotional. Readers will weep while reading it!

The Booker Prize winner has a complex but very interesting plot. Saleem Sinai, the protagonist, is born exactly on the date when India got independence- midnight of 15th August 1947. Soon, Saleem realizes he has got telepathic powers. He discovers that all children born between 12 and 1 on that day have got miraculous powers. They convene a conference that is called “Midnight’s Children Conference’, which discusses problems that independent India faces or faced before. Rushdie has carefully depicted reality in fiction.

The God of Small Things by Arundhati Roy

Roy won the Booker Prize for this novel. As you read it, you enter South India and its love laws. The principal characters are Ammu, Estha, and Rahel. The storyline may seem simple at face value but it presents a range of issues that Roy presses the reader to focus on. Most paramount of these are the Caste System” and practice of untouchability. With some touching quotes and one-liners and brilliant usage of similes and metaphors, Roy has won hearts. The title of the book may seem really intriguing as it talks about “small things and small people” and also how we segregate their “gods” from the big ones.

The Kite Runner by Khaled Hosseini

Afghan-American writer Khaled Hosseini sets the book in a district of Kabul. Young Amir and his best friend Hassan are the key players against the background of the political turmoil that unfolds. Amir goes through a lot of struggles in Kabul. He has to see the toppling of the monarchy in Afghanistan. Then, the fury of airstrikes and missiles too. Finally, the worst comes. He has to suffer at the hands of the Taliban regime too. But is there redemption? Indeed, an emotional read.

The Fault in our Stars by John Green

John Green’s 4th novel has a very touching and moving storyline. It’s about an unusual love story between two people suffering from illnesses. Hazel has thyroid cancer while Augustus suffers from osteosarcoma. The whole narrative explores their choices. It also touches upon their growing love for each other.

Timeless fiction does not really restrict itself to a specific time and place. It is always relevant to the condition of the world. These iconic novels to read will propel you into the universe of timeless fiction!

Kirti Agarwal has always been fond of writing. She has started her professional journey in the world of writing and she is indeed living her passion! https://wrytin.com/kritia2/interesting-authors-you-ought-to-read-ka9in298

Myriad expressions of the Mahabharata…whose view is it anyway?