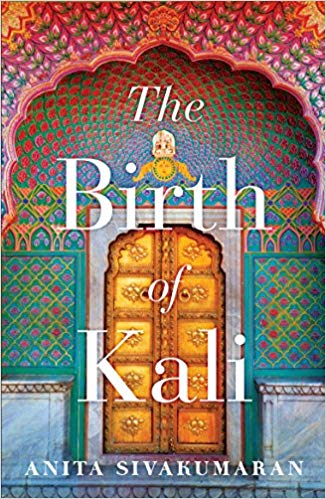 The Birth of Kali by Anita Sivakumaran takes a novel look at tales from Indian mythology. Popular versions of our epics have always been told and retold from a male point of view. The moment one hears the story from the point of view of another character, especially a woman, many things change.

The Birth of Kali pulls out instances from our rich repertoire of mythological tales and reworks them, presenting a very different view of the events that happened and the hidden meanings behind them.

For example, the story, “Lakshmana’s Circle” has a dialogue between Sitai and Surpanakai. We normally see Sitai, pure and innocent and Surpanakai as bold, unapologetic and a badass. But in Sivakumaran’s version, Sitai is enamoured by this ‘wild woman’.  She says “the wild southern woman has sowed a seed within my heart, and it is sprouting, sending roots into the earth tramped down for years by my father and my husband,”. She wishes, “there would not be a circle drawn to limit my straying,”, an allusion to the ‘Lakshman Rekha’.  Indeed, it is a very different way of looking at something that all of us are familiar with.

Sivakumaran has taken liberties with the narratives. The skeleton of the basic story that is a part of our oral and written culture remains- but just as a skeletal framework. As a potential reader you may wonder if you need to know the original story in order to understand what Sivakumaran’s version entails. One can indeed appreciate the difference better if one knows the original story. I knew some of the stories that the book refereed to, and I greatly enjoyed the retelling. The ones I didn’t know however, also stood quite well as individual stories in their own right. For example, the story about The Birth of Kali, from which the book gets its name, was one I was not familiar with. However, the retelling, for me, was another powerful short story.

I also enjoyed reading the story of Draupadi, where Krishna recounts the incident of her ‘Vastraharan’ when she was disrobed in open court and called upon Krishna to save her modesty. In the retelling, narrated by Krishna, she asserts herself with her own strength, slapping Dushasshan and declaring war!

Legends narrated to us in a particular manner form a part of our collective consciousness. We form notions of good and bad from these. We use these as examples and guides to live a moral life. What the stories chronicled in The Birth of Kali do is shake us out of that complacency and show us that the same situation could be looked at in a different manner.

Title: The Birth of Kali