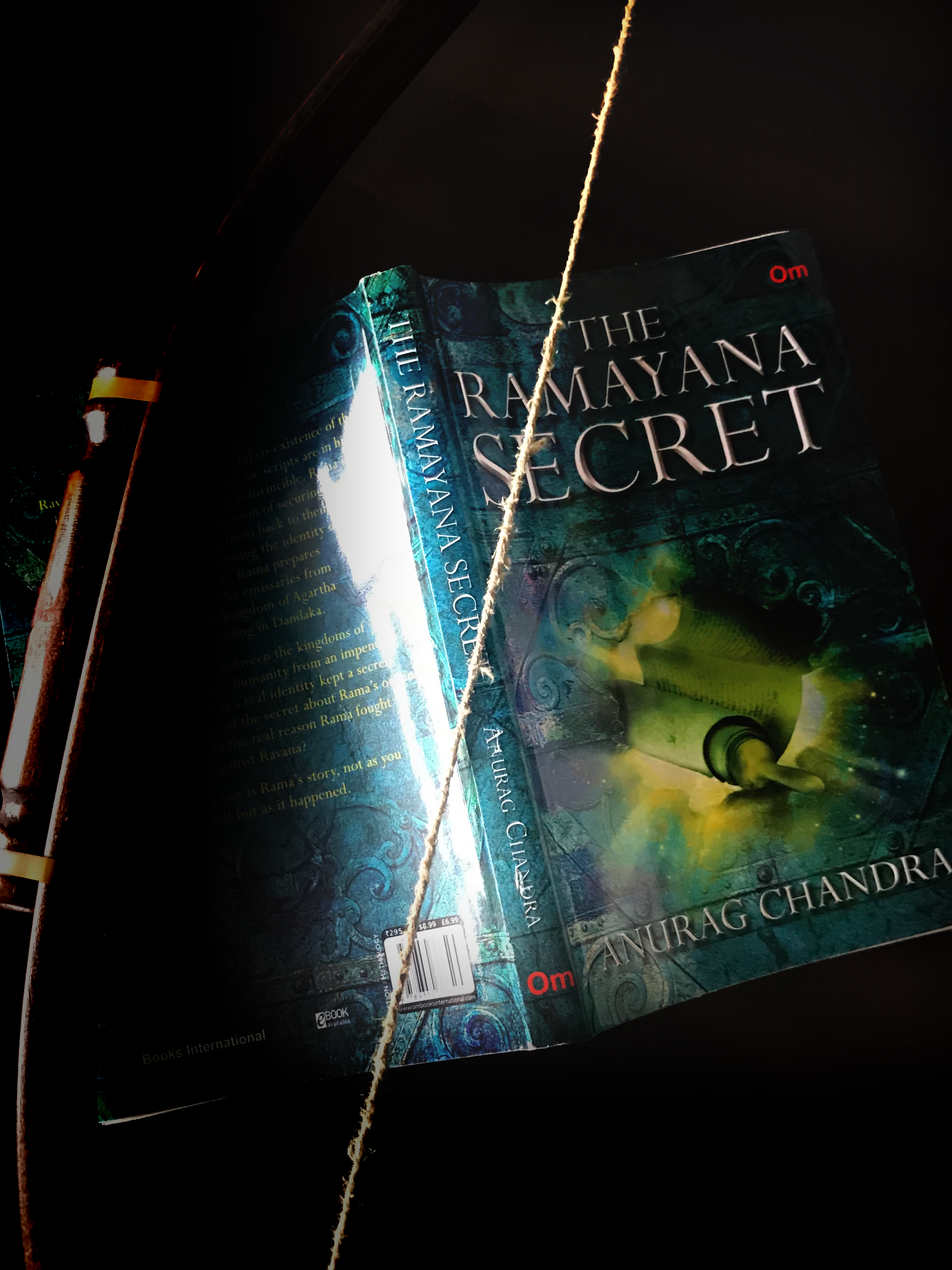 « I am now about to recount the epic story of the Ramayana, as it happened and not as you know it »

The Ramayana Secret by Anurag Chandra (published by Om books International) reimagines the motives and the reasons behind the sequence of events that we have come to associate with the Ramayana. The story starts off with a king narrating the ‘true’ story of the epic, and rejecting the version that had been popular so far.

The book faithfully follows the chronology of events that have been depicted in the Ramayana. However, the interpretation of those events and the reasoning behind what happened has been put under creative interpretation of the writer. He views the same story from a completely different lens and creates a narrative around it.

The sub stories and sub-plots such as Ram’s wedding to Sita, his banishment from Ayodhya, his adventures in the forests, Ravana kidnapping Sita and the ultimate war between good and evil, all are faithful to the original. However, Chandra views these from a completely different and original lens.

An important aspect of the story is the reference to ‘pataal’. The ‘underground ‘world has often been referred to as a living hell in mythology. However, what if that were not true? What if this world held secrets that no one on earth had ever imagined? What if the inhabitants of this world were in fact a more advanced species? This theme also runs throughout the book.

Ram’s portrayal as the complete man, an icon of all that is good, just and fair continues in this reimagined story. What struck a chord with me was that I found Ram’s leadership prowess easy to place in a contemporary context.

There is a philosophical tinge that runs through the story, especially towards the end- the concept of futility of war, and yet, the necessity for it! The nature of ‘dharma’ and the dilemmas it throws up have been chronicled in the book.

In a sense The Ramayana Secret by Anurag Chandra seeks to reiterate the age-old concept of Ram Rajya in a contemporary context. And, if this means viewing the order of events in the epic with different eyes, so be it!

The Aladia Sisters by Khalid Mohamed