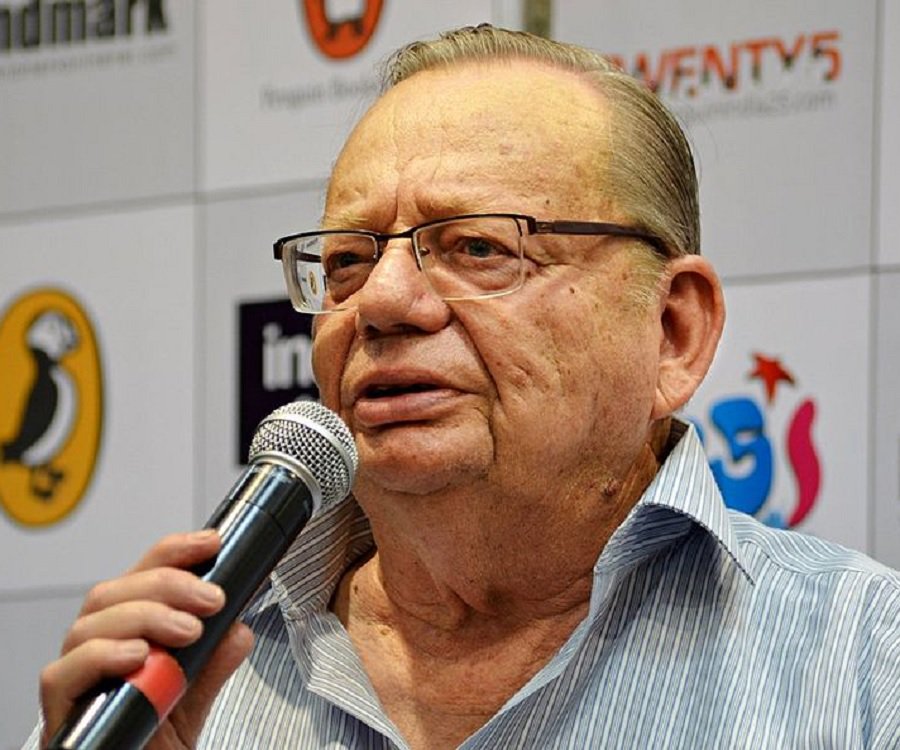 Ruskin Bond is one of the best loved authors today. Both children and adults equally enjoy books by Ruskin Bond. He is Anglo-Indian and has spent his childhood in India. He lived in Shimla, Jamnagar, Mussoorie and Dehradun, while he was in India. Indeed, scenes of life on hill-stations of the Himalayan ranges continue to permeate his writings. He was sent to London as a teenager, but got terribly homesick and thus returned to India. His first novel was “The Room On the Roof“, published when he was 21. The novel is partly based on the experiences at Dehra in his small rented room on the roof and his friends. He won the ‘John Llewellyn Rhys’ Prize that is awarded to British Commonwealth Writers who are under the age of 30 for this book. He was awarded the Sahitya Akademi Award for English writing in India for ‘Our Trees Still grows in Dehra’ in 1992. He has also received the Padma Shri in 1999 for his contributions to children’s literature. He now lives with his adopted family in Mussoorie.

Books by Ruskin Bond: What is appealing

Love for the mountain towns and descriptions of beautiful hills and landscapes of North India are a characteristic feature of his works. The beauty of Bond’s stories lie in their simplicity. He talks about simple people who one encounters in day to day life. His language is simple and highly readable. What is the best is probably his sense of humor.

He describes even sad events with a tinge of humor. The icing on the cake is that his characters are young with a naughty spark. They are “normal” people, with streaks of good and bad. The author must have been a mischief maker as a child too! Any child would immediately connect with the characters!

On reading his works, one gets a feeling that he has a deep understanding of the human mind and heart, especially of children. He is an Anglo-Indian, but yet, writes about India from an Indian perspective. If one reads his “autobiographies”, which are like leaves from his journals, they are very similar to his stories. He writes about what he experiences. Indeed, he is a master storyteller.

What to Read: Books by Ruskin Bond that will appeal to younger children and young adults.

Bond has written numerous books and it is really not possible to enlist all the names! It is recommended that for younger children, you start with some of his short stories. Read the stories out to them and then encourage them to read the books by themselves. Some of these books also have illustrations which are an added attraction. The Parrot Who Wouldn’t Talk and Other Stories is one such example. “Book of Humor” is another book which has one in splits.

His books for teenagers are a little different. His teenage characters go through their own unique experiences and meet the most idiosyncratic people on their journey through life.  The “Room on the Roof” and “Rusty comes home” is written keeping teenagers in mind. He has also written books for adults, and these are quite appropriate for teenagers too.

I would strongly recommend Looking for the Rainbow, a book that was published in 2017 when Bond turned 83. We have reviewed it on this site, and I believe that it is Ruskin Bond at his sensitive best! It is a book that is poignant and beautiful. It is meant for children but I would say that adults must read it as well. It is a memoir where he recalls his childhood and his relationship with his father.

The line between Ruskin Bond books for adults and children is somewhat blurred. However, some of his books are clearly for adults.

The Sensualist is the story of a man enslaved by his libido and spiralling towards self-destruction. This is one of the rare ‘adult’ books by Ruskin Bond, and a bold and compelling one at that! Another one is titled Susanna’s 7 husbands. This is a story about Susanna Anna-Maria who is a beautiful romantic girl. Well, she hopelessly tries to find love in one marriage after another. Surprisingly, all her husbands die mysteriously. Finally, his autobiography, Lone Fox Dancing, is a must for all Bond fans, even if they have caught glimpses of his life in his other books.

Recently he has written two books about his favorite books in literature. Both these books talk about his preferred authors and their works. But, what I find interesting is that they also provide extracts from certain novels and once you read these, you get a taste of what Bond likes, and what you can experiment with as well! Love Among the Bookshelves is the first of that. This book was very well accepted and loved, as all hs books are. It is followed by Confessions of a Book Lover, which again follows the same format. It talks about writers and books that have made an impact on Bond. He delightfully follows these with curated extracts.

He has also written “The Puffin Good Reading Guide for Children” which has a selection of classical and contemporary books for children aged 4-16. The selections are from all over the world.

Bond gets you to write

He has also published a journal which actually encourages the reader to write. Words from the Hills, has already been reviewed on this site. Developed around the life, works and philosophy of Ruskin Bond, Words From The Hills is one collector’s piece you cannot miss! It is a very attractive and beautiful journal where Bond leads you to pen your thoughts.

It is great to read his works or carry them along when planning a vacation to Indian hill-stations; especially in the North. One is sure to get a flavor of the local people and surroundings and connect with the “holiday” place in a very different manner.

Books by Ruskin Bond occupy a special place in Indian literature. Their apparent simplicity coupled with their depth, make them true classics. It’s time for Bond!

Hashtag Authentic: Finding creativity and building a community on Instagram and beyond by Sara Tasker

Conversations on the gut were never so appealing! Gut by Giulia Enders