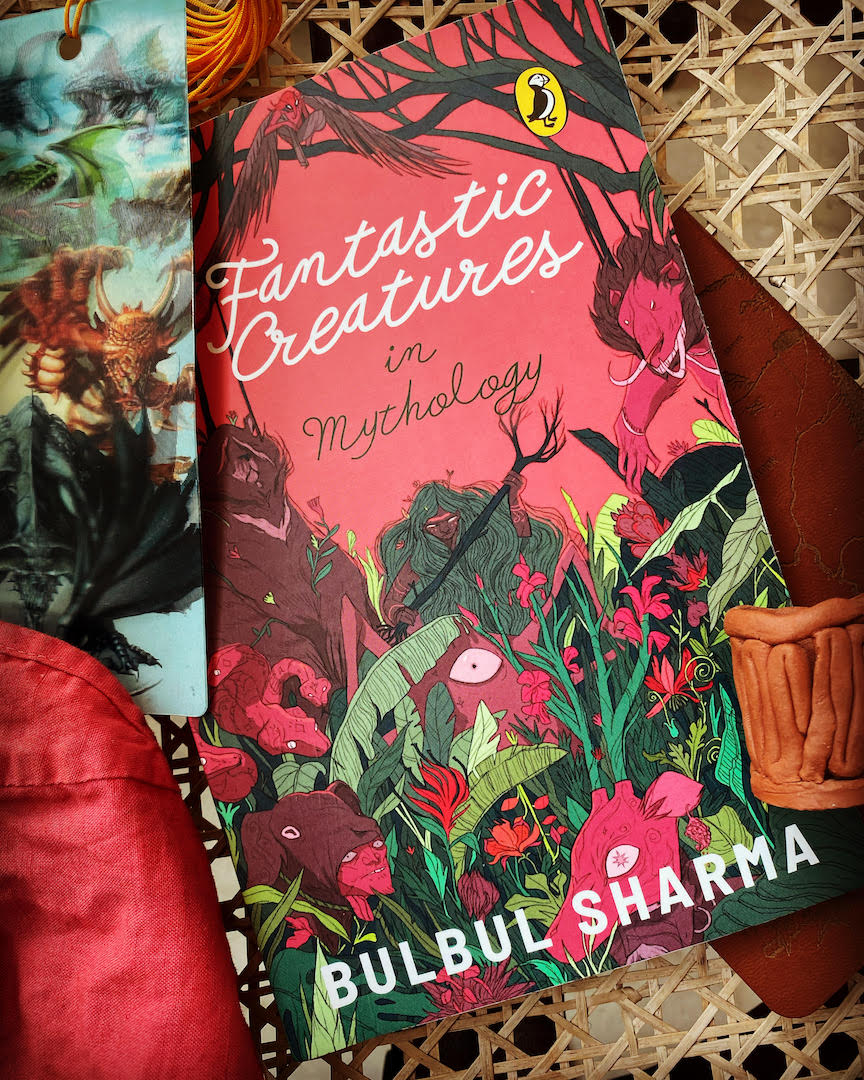 Indian mythology is replete with stories of beasts and demons. Fantastic Creatures in Mythology by Bulbul Sharma (Puffin) is a delightful trove of back stories of these creatures, and many amazing nuggets about them.

Not only are these mythical creatures magnificent and highly different from each other, but they have interesting nuances to them. They also illustrate some key principles and thoughts that pervade our ancient texts. Legend, myth and fantasy combine in these imaginative tales. This book brings many of the popular mythical beasts and creatures on the same page… well, rather in the same book!

One hears of these tales primarily embedded in the context of our epics. The beasts and fantastic creatures are a part of the cast when it comes to the epics. However, when they take centre stage in this book, when they become protagonists, many interesting aspects of these great stories come out.

Fantastic Creatures in Mythology has an interesting mix of creatures, and even more interesting stories about them! The reader will meet brave and pious creatures like Garuda the eagle. They will encounter dangerous ones like Kaliya the snake who later turned over a new leaf. Demons like Maricha who was then defeated by Rama and Lakshman, but played a role in Sita’s kidnapping out of vengeance. There are noble ones like Jatayu the eagle who gave his life to save Sita from the clutches of Ravana.

And thus goes on this tryst with a diverse mix of creatures. Not only their magical powers, but also their appearance and their sheer uniqueness will appeal to the reader.

For me, the most endearing mythical creature remains to be Airavata, the heavenly elephant who was destined to be at the centre of the ‘Samudra Manthan’ or the great ocean churn. While I had just heard a passing mention of the story earlier, reading about it in depth with a focus on Airavata, provided a refreshing angle.

The physical descriptions of some may defy logic- such as Kabandha who just has one eye on the belly, and no head and legs. The endearing Jambavana, the wisest bear, also makes an appearance in the book. Through his story even a young reader can sense what true wisdom is!

The reader will be mesmerised by the diversity of mythical creatures present in the repertoire of our tales and legends. They will be blown away and enthralled by the imaginative fervour present in these tales. If your child likes fantasy fiction, she is sure to enjoy this collection as well! Middle school readers can read the book independently and for younger children these stories are best read out aloud.

The illustrations by Upamanyu Bhattacharya are deep and rich. All in black and white they bring out the essence and the spirit of the mythical creature through immaculate detailing.

‘The Miracle on Sunderbaag Street’ by Nandita da Cunha