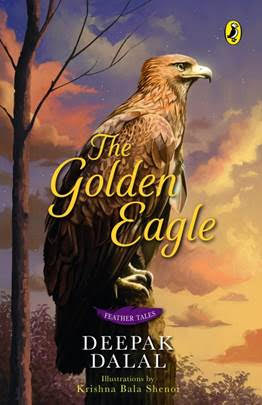 Welcome to life in the beautiful Rose Garden where you will get to read about ‘the story of all stories’….where colourful flowers, purple Jacaranda trees, the water fountain and where many a bird live on branches and sit  on wires and go about doing their daily routine of life like Kabul, the bulbul, Blackie, the magpie robin, Mysun, the sunbird, Bongo, the drongo, Longtail, the wagtail (who by the way tells wonderful stories) and others but alas today not even one bird was to be seen, not even one to give company to Shikar, the white headed squirrel who stayed there since he was little. Shikar was one lucky squirrel and perhaps the only squirrel in the whole wide world who could speak the bird language. Dovey and Lovey, the two skybird doves did not stay in the garden but visited every morning to meet up with Shikar and Kabul.

One morning finding Shikar all alone they decided to give him company and spend the night with him for protection. Shikar wanted a story and since the Rose Garden was famous for its stories, he wanted to know the mystery behind the story of Kabul and the two doves connection with him and who was the eagle that all spoke about with reverence, his early life with his squirrel parents which till now was not told to him.

At night snug on their branches and nests, Dovey and Lovey told of a brave and courageous tale long, long ago when they too were much younger and strong scout birds living beside a lake called Flamingo Lake and one Kabul the bulbul skybird whose eyes were as sharp like bougainvillea thorns visited them one morning asking if they were responsible enough to help in a dangerous mission that only the doves could complete and utter secrecy was required, since there were bird spies like Mike, the wire shrike all around wanting in their plans. If Kabul were not to return from her mission within five days near the Muddy River then the doves were to fly to the distant skyhole (a crater like big hole created in the ground due to rocks falling from the sky) and ask for help. But, help from whom that Kabul did not mention but the doves would know when they entered that zone. After waiting and waiting for Kabul to return from her mission the doves instead of flying to the skyhole for help decide to fly for days to an adventurous path to the Muddy River. After days of flying far, far away from human settlements they reach Stork-pur and come across hundreds of birds like pelicans, ibises, kingfishers, parakeets, flamingos all huddled together held prisoners. Stork-pur was a bird commune where birds of prey like harriers were guards and all were ruled by an ugly and evil Master stork who wanted to extract vital information from Dovey and Lovey and take over the bird world.

Did the master stork and chief succeed in their evil fiendish plans and till what extent were they willing to go so that the doves revealed their true destination?

What role did Chorus, the sweet singing thrush with her hypnotic voice play in the rescue? Who were the good helping birds and who pretended to help? Who lived in the skyhole and what important role it played in the story? How and from where was Shikar rescued and come to live with Kabul in the Rose Garden?

Go buy the ‘The Golden Eagle’ and discover about family and friendship and read a fine story with an exciting emotional finish.

A fiction book of just 150 pages bird entertainment. The Golden Eagle has a compelling story line, descriptive narrative and factual bird trivia with bird heroines, heroes, a villain and his sidekicks. A multitude of bird characters each one playing its role to perfection. So engrossed was I, in the tale that I completed ‘The Golden Eagle’ in one sitting. Though it is a bird story, for me the book on a deeper level is a mirror of the human world where we see battles for land and power and dominance taking place. The book though for 8+, can also be read out to younger children.

Deepak Dalal’s earlier VikramaAditya series have been an adventurous informative roller coaster. Having read and gifted them to umpteen nephews and nieces years ago, I feel this one too is a winner. With his Feather Tales Series Deepak’s fourth book of ‘The Golden Eagle’ is a captivating bird feather page turner. Pretty soon I am surely going to catch up reading the earlier three books.

The illustrations by Krishna Bala Shenoi are remarkable. Each illustration is like a colourful picture postcard. Each page is a different shade of colour and  expresses the mood and expressions of the birds, garden, jungle and the squirrels come alive as if it all were happening in front of you. The illustrations superbly compliment the story without which ‘The Golden Eagle’ would fail to fully captivate the reader.

Louis I – King of the Sheep