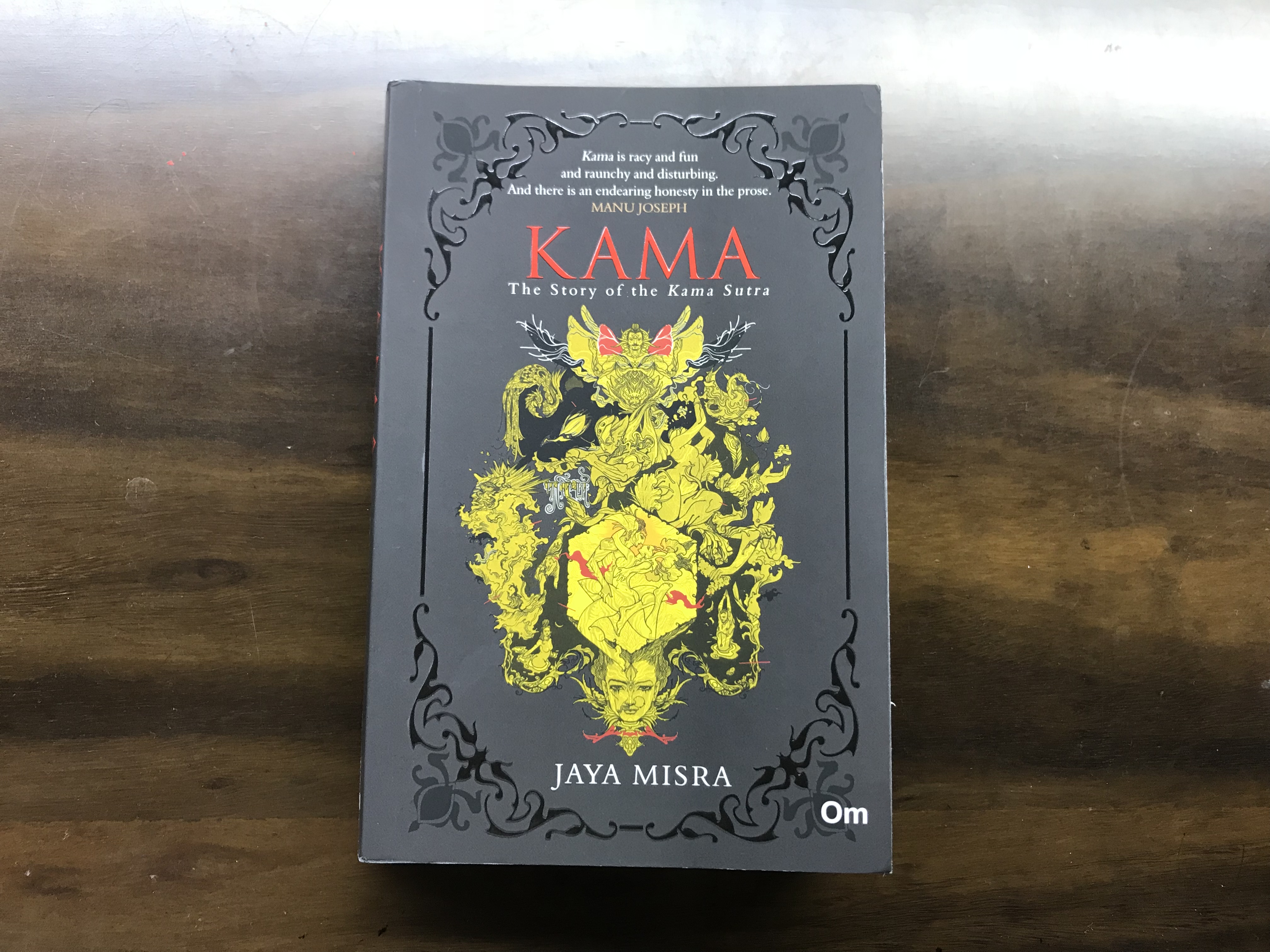 However, while the Kama Sutra itself has elicited great interest worldwide, how many people have ever wondered about Vatsyayana himself? Who was he? What compelled him to write this treatise?

Jaya Misra, Writer, Director and Producer, takes us into the life and times of Vatsyayana, in her debut novel Kama. This is a fictionalized account of the tale of Vatsyayana.

The Background: The Kama Sutra

It is the year 273 AD. There is trouble and unrest as the grip of the ancient Vedic texts loosens. An uncontrolled sense of freedom has led to chaos in a society that seems to be spiralling to moral destruction. It is against this backdrop, that the writer imagines Vatsyayana writing the great treatise.

Kama explores the motivation behind Vatsyayana’s task of compiling the Kama Sutra. Not much is known about this scholar which makes it possible to imagine the trajectory of his life. This is exactly what Misra does, building a background to the story behind the Kama Sutra. As she wittingly puts it, “like everything in our lives, this story too could be a version of the truth’

Bookedforlife chats with the author to unveil the story behind the Kama Sutra.

What was the motivation behind uncovering and imagining the story of the Kama Sutra?

At first, it was curiosity, about the mind that wrote this book. When I first read the English translation, I was stunned to find out that Vatsyayana had compiled seven erotic books into one! Being a fiction writer, I began to wonder what his life must have been like. I was sure he was no celibate. For even though Kama Sutra is written rather pedantically, there is underlying wit, there is a deep insight. So, a picture of this intriguing deep philosophical sexy man began to form. I was sure from the moment I wrote the first word, that underneath the 2000-year-old Kamasutra, was the real story of the writer, that we will never know! That thought consumed me and I decided to write my version of what his life could have been like!

With historical fiction there is often a thin line between what is true and what is imagined. You teasingly write “like everything in our lives, this story too could be a version of the truth’. But, do tell us how much of the story is based on historical facts?

There is not much known about Vatsyayana historically, except that he wrote this book and at one point lived in Varanasi. He pays no homage to any King, therefore it’s even more difficult to pin him down. He reveals nothing of himself in the Kama Sutra. His date of birth is also under a 300-year discrepancy! To create a believable story, I decided to place him in an era that is hardly written about by historians, between the Mauryas and the Guptas. So, my book is entirely fiction. Each character, event and journey is fictional. The date is fictitious, as are his life and times. Only Kamasutra or any reference to it is real.

Can you talk about the research process for the purpose of this book? It contains many references of ancient texts and sages, as well as a detailed historical background…

I read a lot about the Guptas and I took a lot of inspiration from Kalidasa’s plays, I travelled to ancient heritage sights, temples, spoke to a lot of professors of ancient history, to imagine a background. But then once I began to write all research sort of melted into one pot and a story rolled out! Professor Agarwal’s The Unknown Kama Sutra  and A.N.D Haksar’s Kama Sutra  were my favourite go-to research books. Haksar has possibly written the finest translation of the Kama Sutra.  The Unknown Kama Sutra  by Professor Agarwal is an undiscovered GEM! It is an anthology of ancient love aphorisms.

You portray Vatsyayana as the first feminist in a sense, by virtue of the fact that he recognised female desire and looked at it seriously rather than seeing women as sexual objects, objectified by men, which was more or less the established social order of those times. What made you take this stance?

In my preface, I have stated that this was a time where learned men refused to believe that women could even orgasm. What could not be ejaculated did not exist. Therefore, in those days, women were not even allowed to study scriptures. Vatsyayana, in his initial chapters of the Kama Sutra, has very politically correctly and diplomatically, dealt with this, stating that women too are affected by Kama. Its only when they get to study it, they can learn how to practice it. Then, he goes ahead to write an entire book for men, about how to pleasure women! For me this was a bold stand taken by a man 2000 years ago for women to have equal rights in pleasure! Book 7 in Kamasutra is entirely about the rights of courtesans!

Can you share any initial reactions to the book? It is a bold book…

You have experimented with the narrative by shifting through different times and locations through flashbacks at varied points in the story. I found that particularly interesting. What motivated this way of telling the tale?

Honestly, being a screenwriter, I see things very visually in my head. Television writing has taught me the science of keeping the viewer gripped. The narrative was not something I had decided on, it just flowed out as I wrote the story. It was very natural for me to play with the past and present up to a point and then jump into the future. I think engaging tales come from the universe, with their own energy, to the story teller.

Title: Kama – the story of the Kama Sutra