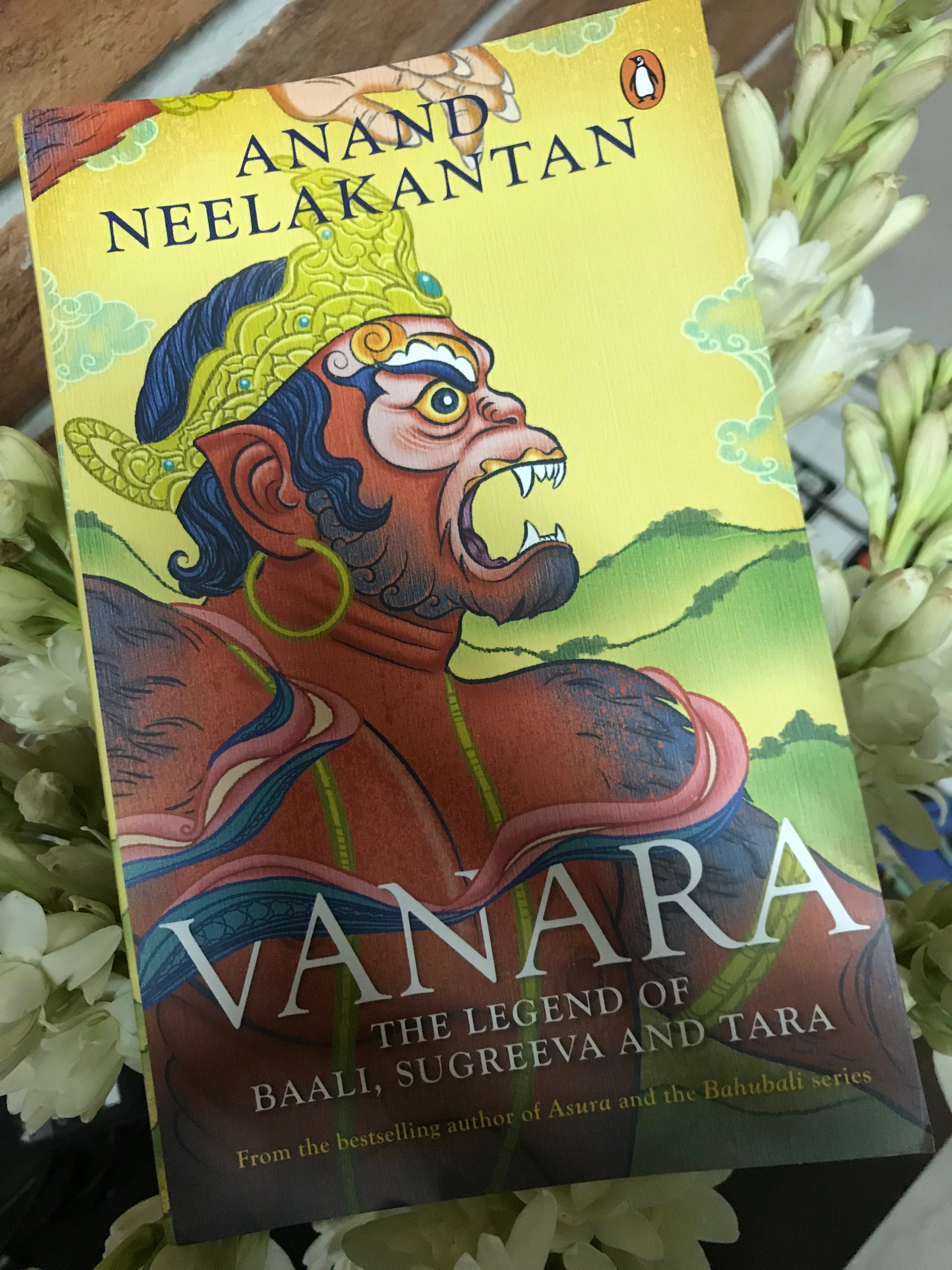 As one of the most renowned authors in the mythology genre, Anand Neelakanthan needs no introduction. With bestselling titles such as Asura, The Rise of Sivagami, Ajaya 1: Roll of the Dice and Ajaya 2: Rise of Kali, Vanara is Neelakanthan’s latest offering.

A refreshing change from the traditional heroes of Indian mythology, Vanara focuses on those who were vanquished and weaves a story around untouchables. Bali and Sugreeva are orphans who are brought up in Rishi Gautama’s ashram. They belong to the Varana class and hence they are considered untouchable and not allowed to mingle with the others in the ashram. Circumstances force them to leave the ashram and meet Tara, the beautiful daughter of Vanara Vaidya, Sushena. The love story between these three characters forms the crux of the book. Packed with family drama, love, lust and friendship, Neelakanthan explores the various facets of romance through the eyes of Baali, Sugreeva and Tara.

Vanara might come across as one dimensional at first, but like a good cup of tea, the layers unfurl as you go along. As the book progresses, the characters really come into their own and display multifaceted personalities. The story is extremely gripping and will keep the reader on edge till the very last page. Written in an easy to read format, Neelakanthan has done away with any magical or mystical elements. All characters are portrayed as normal human beings devoid of any magical powers thus making them relatable.

Although this gripping tale is set in ancient times, the author is successful in drawing parallels to modern times. As a result,  Vanara is an interesting read. However, since the story is not from the perspective of popular idols such as Lord Ram, Sita or Indra, some parts might be considered offensive to certain groups of people.

Vanara is a great read for those who are looking to explore Indian mythology. It gives a refreshingly new perspective to ancient tales and helps readers understand our rich Indian heritage.

The Big F…..Feisty at Fifty by Sudha Menon