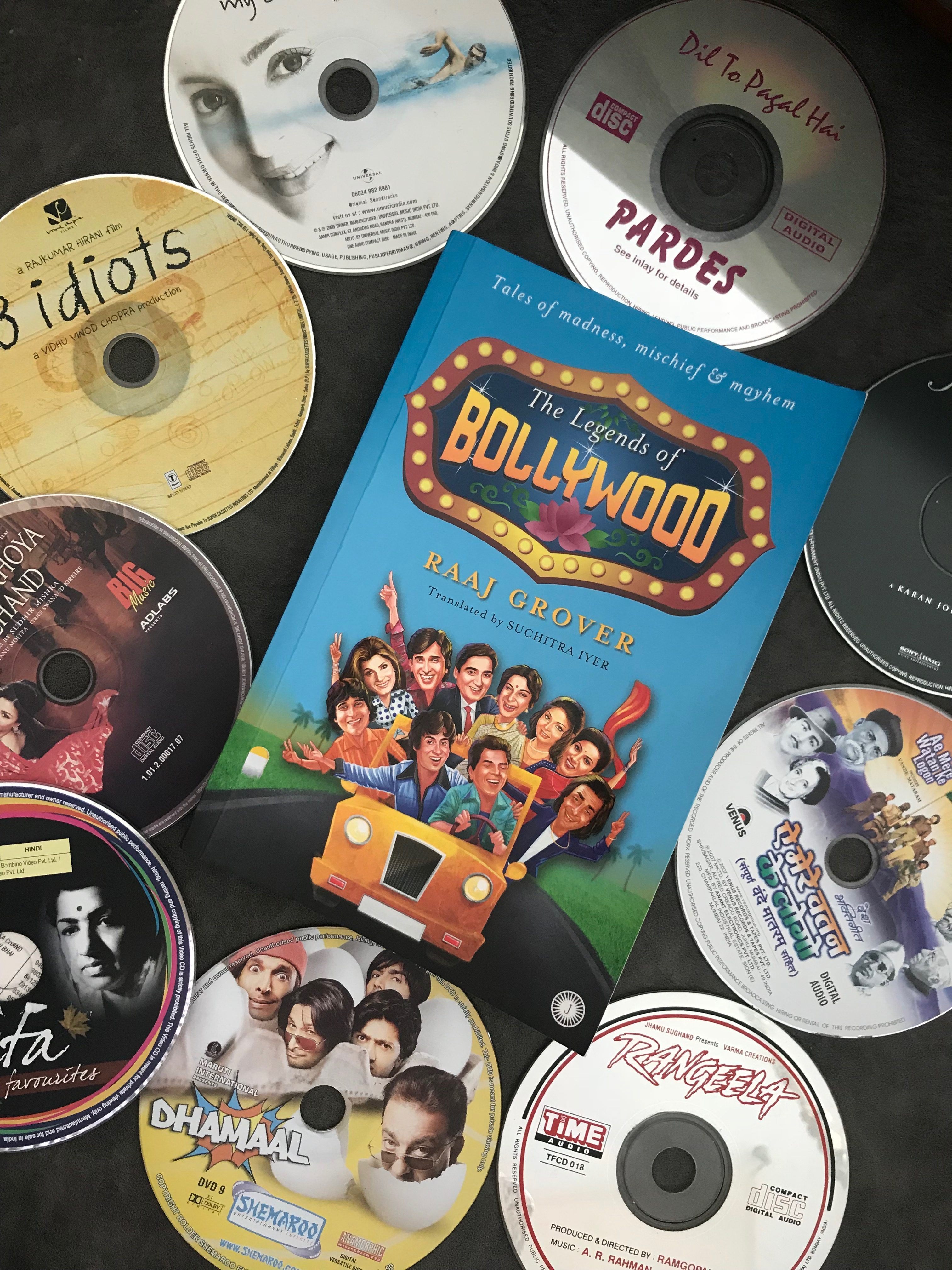 The Legends of Bollywood

But this is a story of Bollywood before the well oiled PR machinery of today came into being. It is the story that comes from a silent observer, and an active participant. These are his recollections of a time when Bollywood was different from what it is today.

The writer, Raaj Grover, has an almost fifty-year association with the film industry. Half a century is long enough time to create and reflect on a storehouse of memories and events.

The author was very closely associated with the Dutt family, and this thread runs through the entire book. Each chapter in the book is about one personality from the industry, with whom he had interactions and associations. But, thankfully, it does not read like an autobiography of the personalities! He starts off with an incident pertaining to them and jumps on to something else, incorporating a heady mix of stories, incidents, trivia and poetry. It is this treatment of the narrative which sets this book apart.

What he narrates about that personality is born out of his experience with the person. This provides a different lens through which we see the personality. Moreover, the book does not cover the entire biography of the Bollywood persona that Grover talks about. Rather, it narrates a specific incidence or episode from times where their journeys coincided. Hence, in the chapter on Amitabh Bachchan we get a glimpse into his very early struggles of when he came to Mumbai for the first time to try his luck in the Industry. The chapter on Dilip Kumar has interesting nuggets of the star’s life in Peshawar and how he came to be the actor that he is today.

Due to his deep bond with the Dutt family, the chapters on Nargis, Sanjay and Sunil Dutt  seem to be the most personal. I found the narrative on Nargis most interesting. He recounts many little but relevant instances that brings out Nargis, the human being behind the actress completely alive on the pages of the book.

The book reads like a friendly conversation or casual banter with a person who has been an integral part of the lives of these film personalities. It has some pictures that have not been seen before in popular media.

As you read the book you are sure to encounter some really interesting little incidents and nuggets. For example, his description of Dimple Kapadia cycling away merrily after a meeting with him at Bandra brings a smile to the face. The stories of intense struggles of stalwarts like Amitabh Bachchan or Rajendra Kumar are inspirational.

There are some elusive film personalities as well, who leave the world wondering what’s there behind the enigma. Rakhee is one of them. Grover’s chapter on Rakhee Gulzar reveals a different side to the actress. I particularly enjoyed the chapter on Vinod Khanna, his talents besides acting (he was one of the best cooks!) and how his constant kindness helped Grover.

Grover is a poet himself and the book is peppered with some of his couplets. He also includes some beautiful poetry that has resonated with him. This is wonderful reading in itself!

Besides tales of Bollywood there is another subtle thread that runs through The Legends of Bollywood. Grover has roots in Peshawar, as did many key personalities of the film industry such as Prithviraj Kapoor and Dilip Kumar. One can understandably sense the displacement and sadness that pervades those rooted there, in the context of our country’s relationship with Pakistan. The last chapter, Two Neighbours- The Love-Hate Relationship takes a look at the fact that India and Pakistan are both rooted in strong common customs. He discusses the strong relationships between Hindus and Muslims that have existed in Bollywood, and continues to flourish even today. In fact, one of the most successful bhajans dedicated to Krishna, from the film Baiju Bawra, has an interesting trivia associated with it. The lyrics were written by Shakeel, the music director was Naushad and the singer Mohammad Rafi were all Muslims. The chapter shows how art can indeed build bridges.

Well, Grover was a young lad of eighteen when he joined the industry and now, he’s over seventy years old! As he talks about these stories from Bollywood the passage of years brings with it a deep reflection. Interspersed with the stories about film stars are also reflections and musings on life. They are not obvious, but quietly pervade the story that he tells us.

This book will be of interest to all those who are keen fans and observers of Bollywood and who want a little peek behind the scenes through the unique viewpoint of an insider. It has some minute details about well loved legends of Bollywood. The ethos of this book could be summed up in the author’s own words, “Just like a mother carries her child in her womb, I have been nurturing some precious memories in my mind for many years, dredging up varied experiences that I have had in my eventful life. The Legends of Bollywood is a humble attempt to share the same with you!”

The Legends of Bollywood tells us some fascinating stories and brings forth interesting snippets from the lives of stars whom we have loved over the years. Grover adds to these nuggets with some philosophical musings and heartfelt poetry imbued in the narrative.

Title: The Legends of Bollywood

In the Realm of Demons by Imran Kureshi

Kaffeinated Konversations: Community, books and coffee, ‘Bean’ there done that?