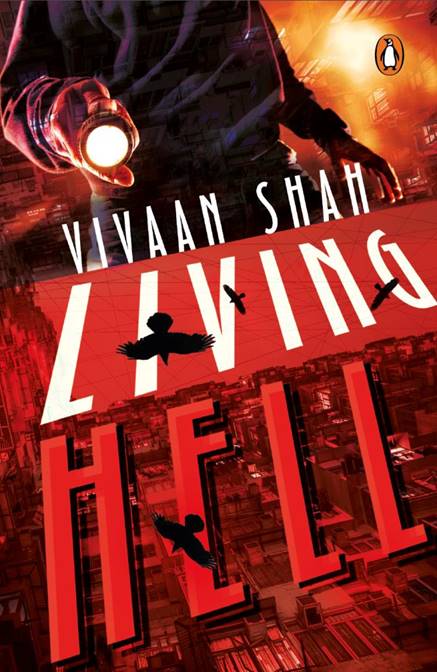 Celebrities have been documenting their journey to stardom in the form of memoirs and books for a while now. However, only a few have managed to weave fictional stories without letting their own experiences colour the narrative. Vivaan Shah is one such actor turned writer who has channelled his love for crime thrillers into a fictional story. Famous for his role in blockbuster hit Happy New Year, and son of veteran actors NaseeruddinShah and Ratna Pathak Shah, Vivaan Shah has dabbled into the role of author in his latest crime thriller, Living Hell.

As the name suggests, Living Hell explores the dark underbelly of Mumbai’s shiny exterior. This noir mystery murder tells the story of Nadeem Chipkali, a criminal turned police informant who is embroiled in the murder conspiracy of his neighbour Makhija when he accidently stumbles upon the crime scene. What ensues is a chilling tale of accusations, lies and betrayal that keeps you at the edge of your seat.

The character arc of Nadeem Chipkali is well developed and really evokes your emotions. His razor-sharp focus and presence of mind during extreme conditions is what makes him a remarkable character. The story outlines his transformation from a lazy, uninspired bum with mounting worries to a sensible patient man who needles his way out of a heinous conspiracy using his intelligence and an unlikely crew of misfits. Indeed, following this character development also adds the extra element of interest in the book.

All the supporting characters have played their parts well, but it is Shah’s tight writing and gripping plot-line that makes this an unforgettable read. It’s a slim volume that one can finish easily over the weekend or on a flight, without noticing the hours slip by! Aptly named, Living Hell is a great read for those who want to delve into the dark and dangerous depths of the city of dreams.