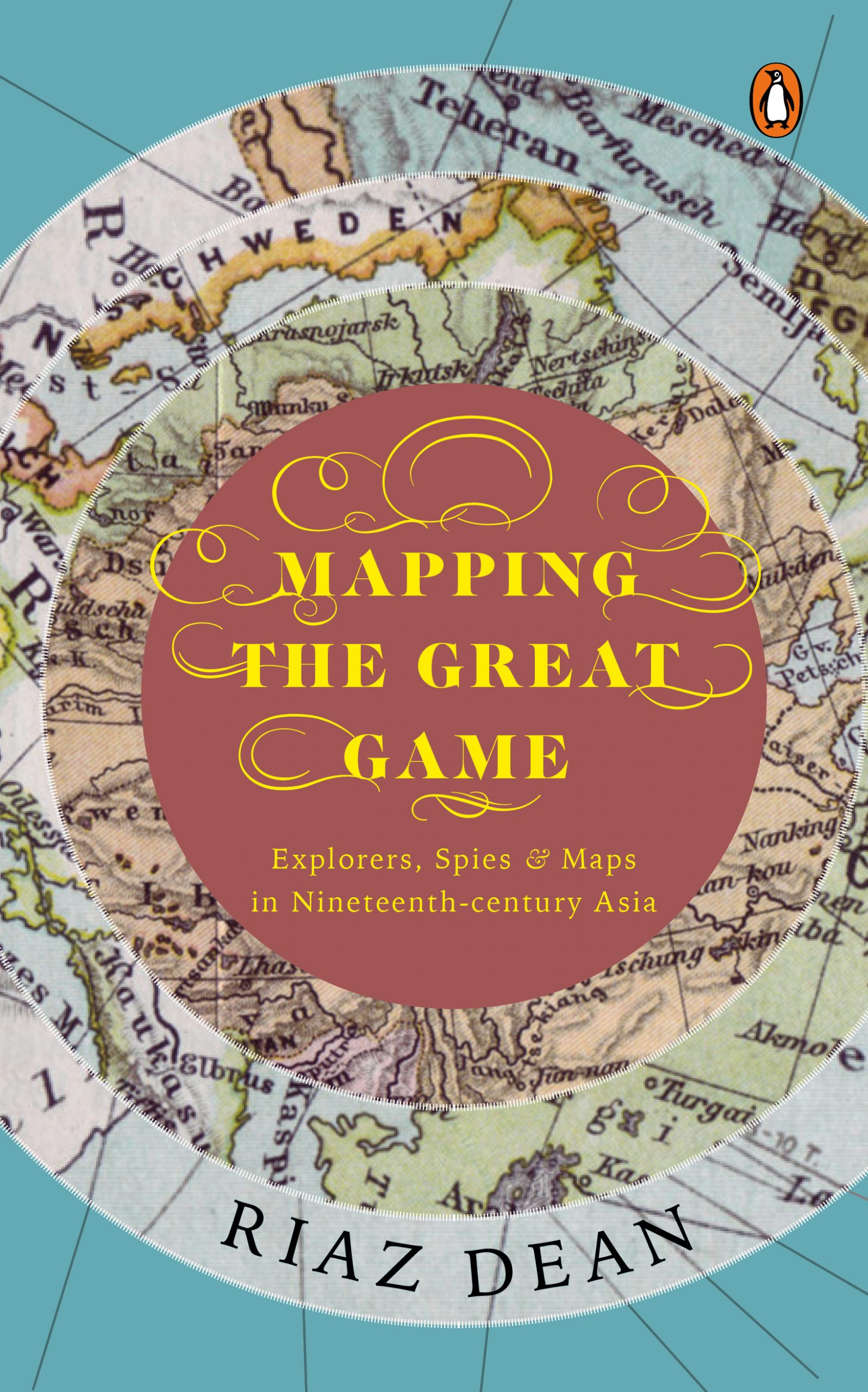 Mapping the Great Game: Explorers, Spies & Maps in Nineteenth-century Asia by Riaz Dean (published by Penguin) is a book that covers a very specific topic of historical interest. “The Great Game” was a political and diplomatic confrontation during the 19th century between the British Empire and the Russian Empire over Afghanistan and neighbouring territories in Central and South Asia. What role did maps and mapping play in this? What was the significance of the brave Indian pundits in this adventure?

In this well-researched book, Riaz Dean pulls out interesting, revealing, inspiring and sometimes surprising threads from history and weaves it into a compelling narrative for modern readers.

Bookedforlife in conversation with the author…

This is a book that is born out of a deep and very specific passion- maps! Let us a bit into how your interest in cartography began, and of course, your hobby of map collection.

I have always been interested in cartography; particularly maps that show the exploration of Asia (of which I own a number). I belong to a few cartographic societies, and love to view early maps and learn about how they were developed.

The spirit of adventure despite very real dangers pervaded the times you write about. The book describes individuals who demonstrated remarkable passion and resilience to their cause. While Everest may be the most famous one, the book highlights many others as well, including the native Indians, Pundits, who also demonstrated remarkable spirit, and merged the exploration with the work of acting as spies as well. It truly celebrates these unique brave souls. What about those stories do you find most inspirational?

The extreme dedication shown by the Pundits, and the likes of Lambton and Everest as ‘servants of the map’. They demonstrated this over many years, and at great risk to their own personal safety – for the Pundits, discovery meant almost certain death! After researching the Survey of India and their early mapping efforts within the context of the Great Game, I wanted to write about this interplay and especially about these forgotten pioneers.

Can you talk about the research process that you undertook for the book? You have also visited the areas that you write about…

I researched and wrote this book over four years, including one year full-time. India and Central Asia fascinate me, and I have backpacked (solo) extensively through this region. By the way, to do this, I had to learn Russian before I could travel through the five ex-Soviet ‘stans’.

Interwoven into the book are descriptions of the specific tactics and techniques, many of them rudimentary that the cartographers of the time, used to employ. I found that quite fascinating. In a sense as the book proceeds further in time, we also get a sense of how the mapping techniques evolved. Talking strictly from the point of view of collectors and those who take a historical interest in cartography, what do you think the book offers them?

It not only details the work required to produce early maps, but also a special type of map that many collectors aren’t aware of: the route survey. For example, it explains the accuracy of maps produced by route surveying versus later topographical and trigonometrical surveying.

Yes, and the Anglo-Afghan Wars are a good example: modern powers (Russia and USA) seem unable to learn from past mistakes. And then there’s Tibet, where a people simply wanted to be left alone – a situation which should resonate with readers seeing other smaller countries being ‘interfered with’ by bigger powers.

You make references to Rudyard Kipling’s Kim and your book has prompted me to read the classic, which I have not unfortunately read. However, what about Kim resonates with your narrative?

Who is the reader for this book? Is there any specific profile or image that you have in mind for the target reader?

My target audience is anyone who likes to read about pioneering exploration, cartography, geography or history. And anyone who seeks inspiration from the human spirit overcome great odds.

We live in times of GPS and satellites have taken over mapping the world. The book evokes a strong nostalgia and describes the passion and bravado of people who history may have set aside. However, in the larger scheme of things what role do you want this book to play as we continue to explore the world further?

The world would do well to appreciate how mapping got to where it has, and the efforts of those pioneers on whose shoulders we stand on today – their efforts should not be forgotten.

Mapping the Great Game: Explorers, Spies & Maps in Nineteenth-century Asia by Riaz Dean will be a fascinating read for those with an interest in history (specifically the Great Game), adventure as well as cartography and maps.

The Clothing of Books…Judging a book by the cover?