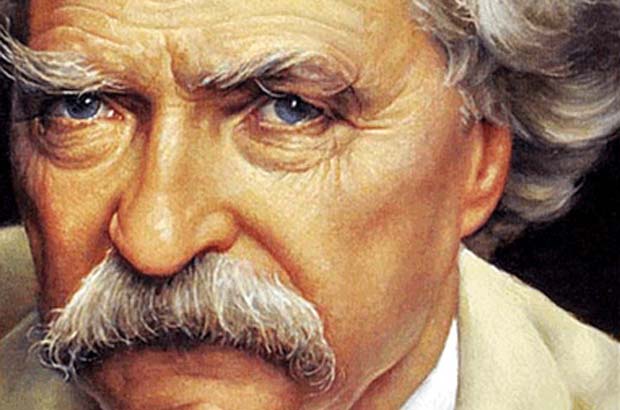 Before we get on to the list of Mark Twain’s books that will appeal to the modern reader, including children, let’s look at a bit of information about the man himself. Mark Twain’s real name was Samuel Langhorne Clemens. He was born in Florida in 1935, when the Halley’s Comet came in and incidentally, died on April 21, 1910, one day after the Comet’s closest approach to earth.

He started his career at the Hannibal Journal, which was a newspaper owned by his brother. He worked as a typesetter, besides contributing articles and sketches for the paper. Later on in life, he worked as a printer. He was self-educated and read widely to gather knowledge.

He pursued a career as a steamboat pilot. This experience has had a deep impact on his writing. Indeed, the river Mississippi assumes an integral part of a lot of his work. He also travelled a lot and wrote humorous accounts of these travels. He is considered to be amongst the greatest figures of American literature.

The Adventures of Tom Sawyer: Tom Sawyer is any young boy’s delight. It is said that this novel has autobiographical streaks in it. Tom, an orphan lives near the Mississippi river. This enterprising youth rises to riches after a series of adventures with his friend Huckleberry Finn.

There are more books in this series. “Tom Sawyer Abroad” is an adventure story in which Tom Sawyer and Huckleberry Finn travel in a hot air balloon and fight dangers in the form of wild animals, robbers and so on. They also learn and see a lot on their travels. “Tom Sawyer, Detective” is a murder mystery.

Adventures of Huckleberry Finn: This is probably one of his most successful novels. It is known as the “Great American Novel” and has been a favourite choice as textbooks in schools. Huck Finn and Jim, a runaway slave, flee from their home and go floating on the Mississippi where they have all kinds of adventures. They are separated and reunited. Tom Sawyer also comes in to help them at a later stage in the novel. This book has been criticized because of the use of the word “nigger”. It was a common term when the book was written, but of course, now it is considered derogatory. That apart, the book remains a classic and retains its charm.

The Prince and the Pauper is the story of two boys born on the same day who also look the same. One is the prince and the other a commoner. They switch places with each other and then an exciting series of events follow.

A Connecticut Yankee in King Arthur’s Court is science fiction. It is about a time traveller from contemporary America, using his knowledge of science in England in the times of King Arthur.

A Dog’s Tale is a short story that was expanded into a book much later. It traces the life of a household pet dog right from the time it was a puppy till she becomes a mother herself. It is quite tragic in a way and exposes the hardheartedness and selfishness of human beings.

What to look for in Mark Twain’s books

Mark Twain was a humourist and a social commentator in that. The themes of the books described above are related to children and they are written in a way that appeals to children. For example, the Tom Sawyer books and Adventures of Huckleberry Finn are all adventure stories where young children encounter difficulties and go through all kinds of adventures before finally emerging victorious.

The children are also full of mischief and pranks. Mark Twain in his writings reveals his deep understanding of the psychology of his characters. Exploration, adventure, carefree play and little tragedies and triumphs of childhood have an integral place in these novels.

His wit indeed contains a lot of wisdom. He uses sarcasm to comment on the wrongs that were happening at that time in the society. He especially takes the case of slavery and treatment of Afro-Americans very seriously. Reading Mark Twain books is also like taking a lesson in the social changes and attitudes of America in the 19th century.