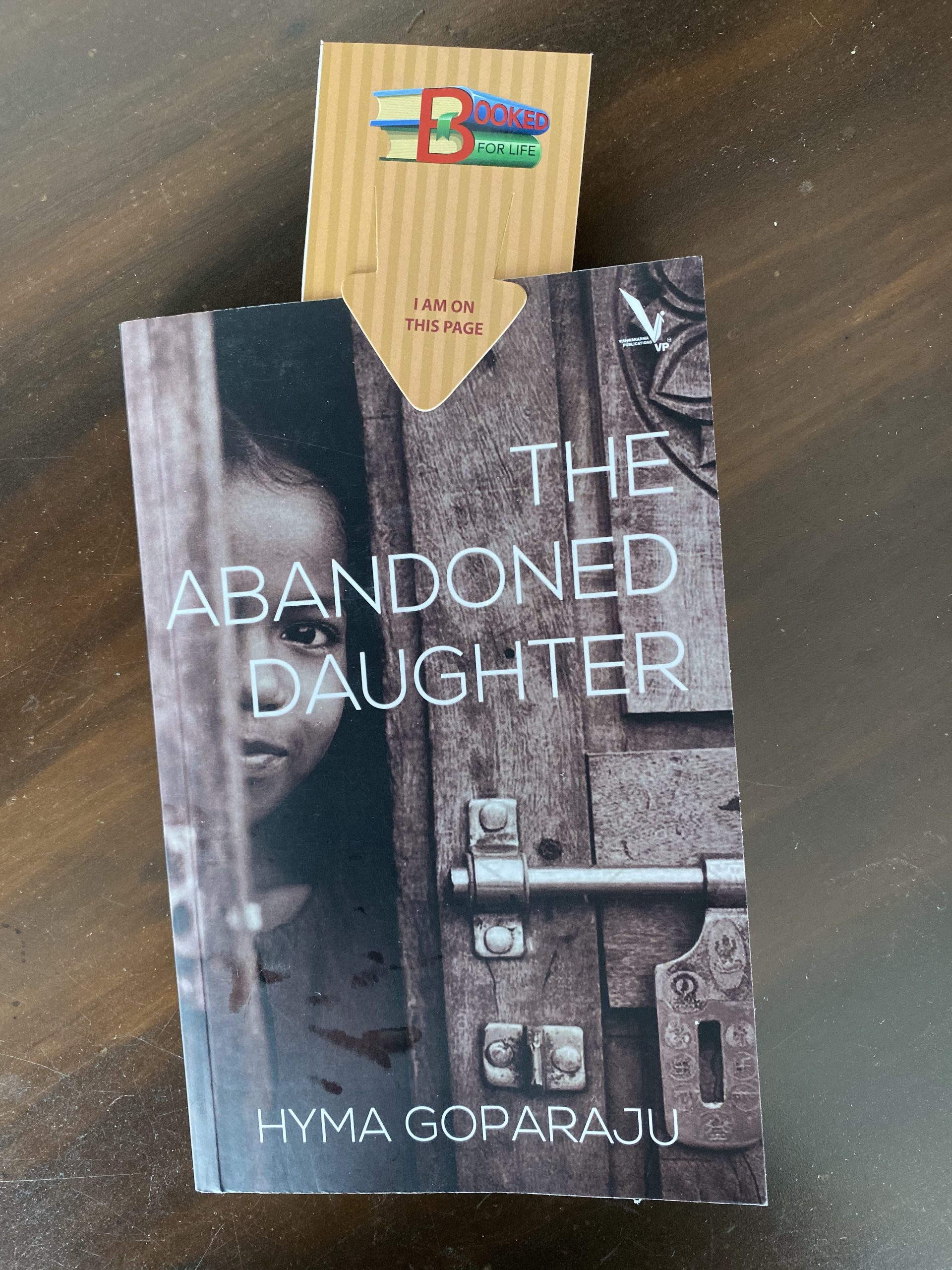 The year is 1871. The first census in India has been undertaken by the British after abolishing the Mughal rule forever. Severe anomalies are noticed in the gender ratios of some northern villages. Events leading up to this are what the story of The Abandoned Daughter is all about. This book is author Hyma Goparaju’s second book and has been published by Vishwakarma Publications. Like her first book, The Withering Banyan, this too is raw and realistic focusing on people’s orthodox mindsets and maintaining one’s image in society at the cost of relations and progress.

The central character and antagonist, Gomti Devi, is a scheming and ruthless patriarch of her family of seven sons. Her browbeaten husband Dharampal is like furniture, something unimportant in the background. Out of the seven sons, only the third one, Kishan, is a responsible and kind-hearted soul. His untimely death and wife’s murder by his mother makes one’s blood boil. But what really disgusts and enrages the reader is the cold-blooded killing of eight baby girls born in the family. Female infanticide is a commonly followed practice in the region. A lady, Munni Bai, is called every time a daughter is born, to execute her death in the most expedite manner. The extent of Gomti Devi’s remorselessness is seen when the cries of a just born baby girl left out in the cold to die, are portrayed as an inconvenience to her falling asleep.

In the end though, “What goes around, comes around’ and Gomti Devi gets her comeuppance. Does her evil final get to her? Is the law of karma applied? And does she repent for her sins? This is something the reader has to read and conclude for himself or herself.

The true success of the book is that it arouses strong emotions in the reader. One feels like shouting out a warning to the women or physically restraining Gomti Devi from harming the new born baby girls. She is a villain who arouses intense feelings of hate and disgust. These feelings carryover to the inhuman act of female infanticide and dehumanizing women in patriarchal cultures.

A refreshing change is the focus on positive acts of the British administration and officers. Two aspects of repressed women are highlighted – those like Gomti Devi and Gorma Devi who use childhood problems like excuses to further subjugate and dominate other women and those like Tulsa who bear physical and mental abuse but never lose their humanity, help others and stand strong when faced with adverse conditions. As the saying goes, ‘Women putting down other women is like telling the world that you are more worried about your competition than your progress!’

The Abandoned Daughter is a hard-hitting novel. It may be a period novel, but the essence is relevant even today. It is said that literature has to be a vehicle of change. This is a book that clearly moves the reader and may be well be an instrument of awareness and change in society.

Yes, everyone can be rich: Dream Big by Dr. Mukesh Jindal and Arunraj VS shows us how