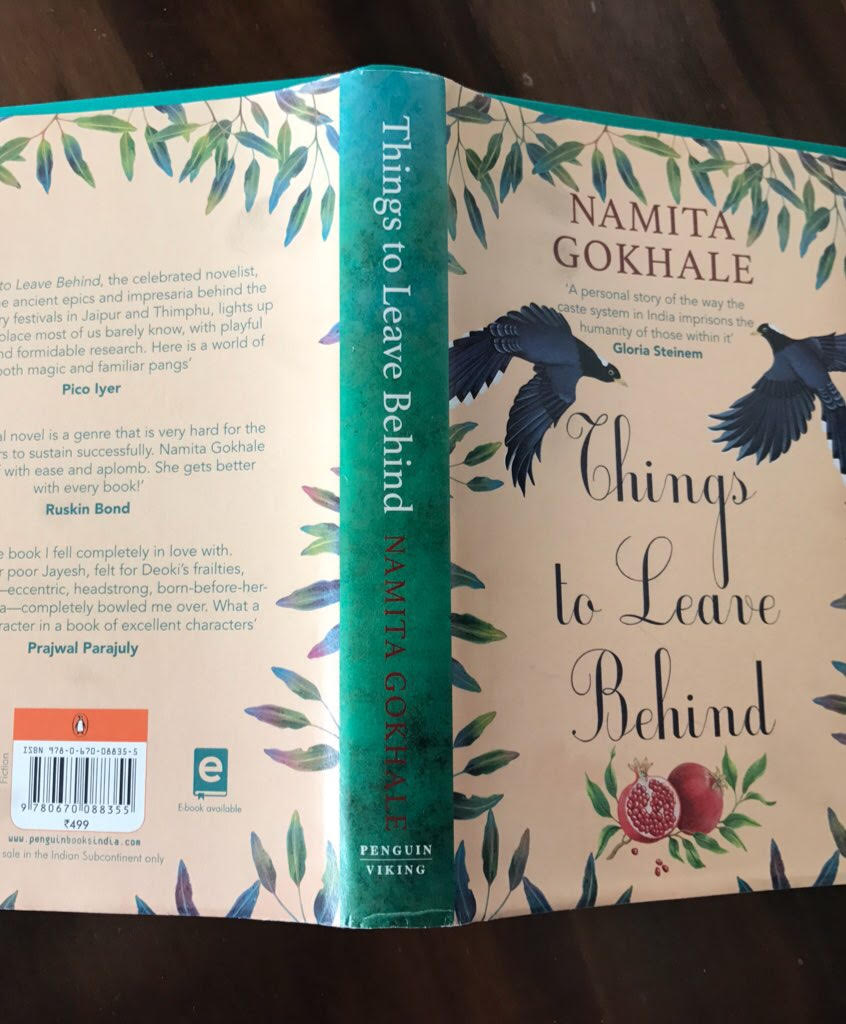 Namita Gokhale sets her historical novel, Things to Leave Behind, in a time that has been relatively unexplored in fiction. Set between 1840 and 1912, the novel follows the lives of Tilottama Uprety, her daughter Deoli, missionary Rosemary Boden and Deoki’s husband Jayesh. Fate brings them together in the idyllic Eden Asham, where the arrival of artist William Dempster sets another series of events rolling. The scenic Kumaon, full of Himalayan beauty is the locale where the story unfolds.

The lives of the characters are not untouched by the changing social and political scenario. The beauty of the narrative lies is how Gokhale weaves the pulse of the changing times into the story. For example, the sepoy mutiny that sends ripples across the county, leads to a series of events where, in retaliation, Tilottima’s uncle is hanged as well. Tilottama briefly encounters the enigmatic swami Vivekananda, questioning him in her quest for knowledge. We encounter reimagined names of people and publications that were lost somewhere down the ages.

What comes out more strikingly is how the rigidity of the caste system imprisons the free will of the characters. Through these characters, one can relive the society of the times. Gokhale’s painstaking research makes the story and setting as realistic as it can get.

In a sensitively orchestrated tale one can see how the characters develop and come to terms with the way their lives unfold against the background of the times. The injustices of the caste system, double standards of Indian society, the impact of the newly established British empire- all these play a key role. We can see how they are bound by the shackles of convention and of duty. We can feel their angst as they try to take in what they want from life and break some of the chains that bind them.

One may love the simple but obstinate Deoki, feel sorry for Rosemary or sympathise with Jayesh. But, it is the irreverent Tilottama, wild and ever curious and a highly spirited woman who will undoubtedly win the reader over. In the society where anti-British sentiments were on the rise and people were moving to an ideology where they were willing to die for their country, Tilottama was trying to break the tight personal chains that bound her, ardently wondering “To dare and die, or dare and live?”.

Namita Gokhale, the Founder and Co-director of the Jaipur Literature Festival and Bhutan Literary festival, Mountain Echoes, brings history to life back with this fantastic and touching tale.

Love Among the Butterflies: The Diaries of a Wayword, Determined and Passionate Victorian Lady by Margaret Fountaine.