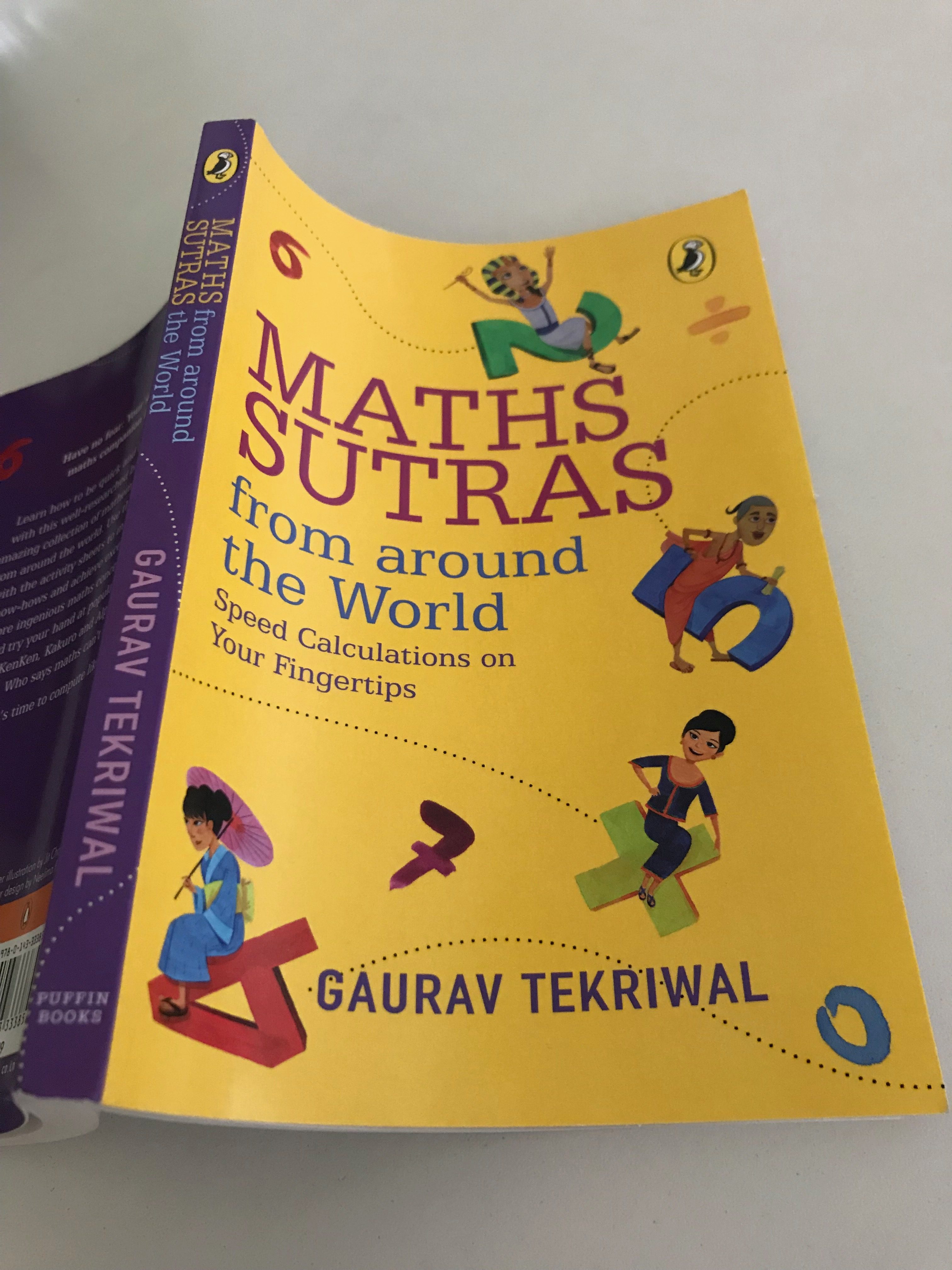 Mathematics can be very cool. But, if you’re got a set of math techniques up your sleeve, that can be supercool and impressive. Yes, even in this day of calculators and computers, math prowess does score points!  Maths Sutras from around the World: Speed Calculations on your fingertips by Gaurav Tekriwal takes a shot at bringing some marvellous math techniques from around the world.

Have you ever spared a thought as to how exactly math is taught in different countries? Tekriwal has explored and studied math systems world over. He picks out the best amongst the lot and presents a fairly diverse range of math techniques drawn from different cultures.

The concepts of Indian Vedic Mathematics have been given key importance. The bar modelling technique from Singapore is another system that the author talks about.  Then, there is the famous Japanese grid puzzle culture (think Sudoku!) that finds expression in the book through the description of Kakuro and KenKen puzzles.

I always thought that addition and subtraction are only done right to left. However, the chapter on Addition highlights a left-right method of mentally adding large numbers! The Super subtraction method described in the book also does likewise. He describes the Base Method of Multiplication derived from teachings of the Indian saint Tirthaji in the early twentieth century. Besides the four basic computational skills the book also tackles word problems, fractions, squares, percentages, square roots and times tables.

This adage is probably most true for mathematics! The book has numerous activities and worksheets for all the concepts and techniques described.

Yes, this is a book about math, but do look out for some interesting stories inside as well! Wherever relevant, Tekriwal has included some interesting stories and facts related to the mathematical concept.  For instance, I found the story of Jakow Tractenberg who built a new system of mental arithmetic whilst at Hitler’s concentration camp quite inspiring!

While this book is primarily addressed to school going math learners, it would be of interest to anyone interested in mental arithmetic.

With gadgets at our finger tips, many people actually wonder at the relevance of mental calculations. As the author describe in the book, the brain behaves exactly like a muscle. It needs regular exercise. Besides impressing people with your skills, metal math prowess lead to a sharper mind and better logical reasoning skills! So, it’s time to sit back and let these Math techniques work up some mathe-magic!

Maths Sutras from Around the World: Speed Calculations on Your Fingertips by Gaurav Tekriwal

Amma Take Me to Tirupati by Bhakti Mathur