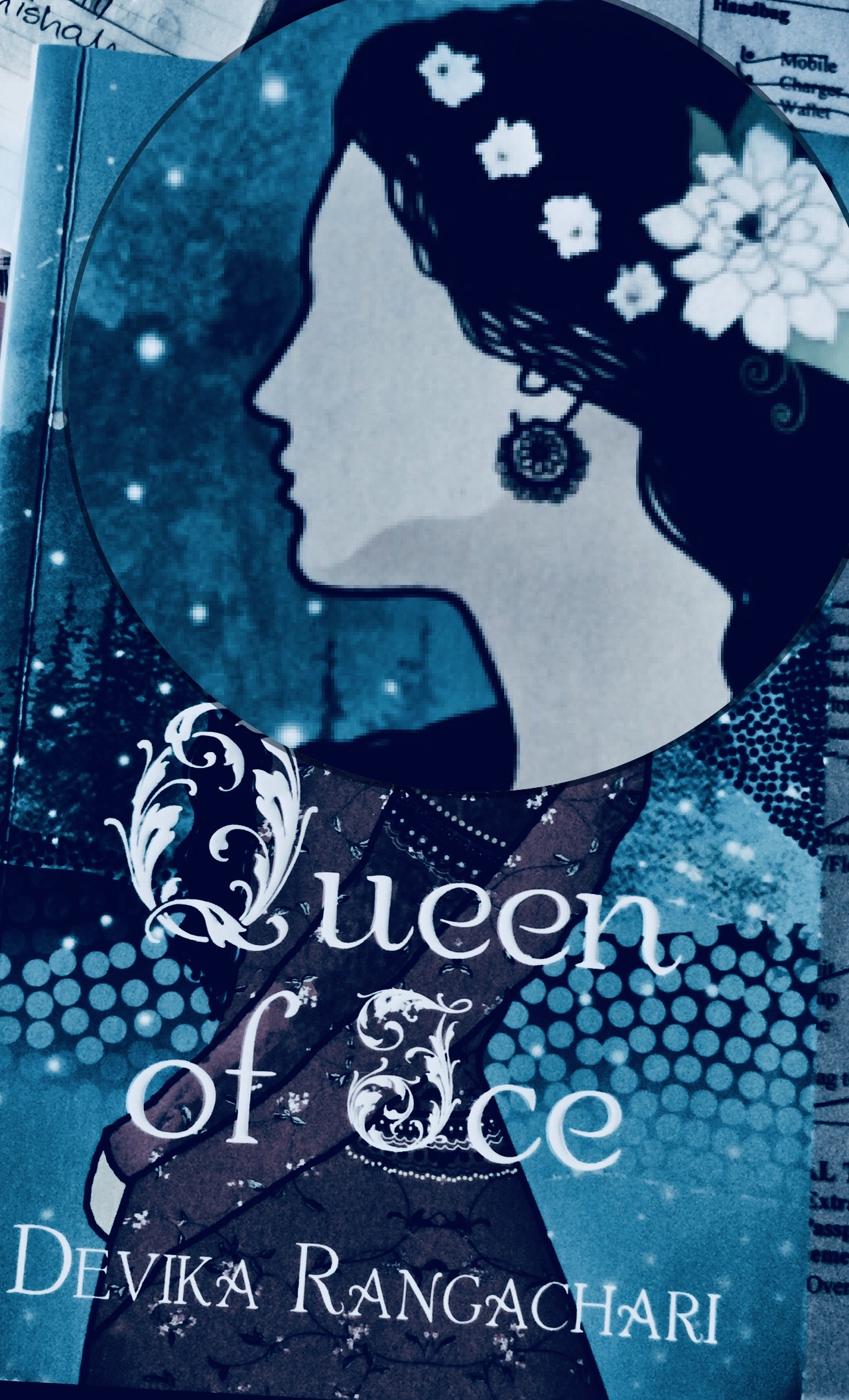 Queen of Ice by Devika Rangachari is a poignant book which leads the readers through the life of Didda, a North Indian princess in the early medieval period of Indian history. Most of the story is set in the lush foliage of the Kashmir valley whose incumbent ruler, Kshemagupta, Didda marries. The story describes the journey of a lame princess who rises to be a powerful queen, conquering many hurdles on the way. The book is also going to be turned into a film, the film rights having been acquired by Adlabs Films Limited.

The book begins with Didda’s childhood and gives great insight into her loving relationship with her mother, rejection by her father and a doting maternal grandfather who is a powerful ruler himself. Her cousin Vighara who is spiteful and mean often ridicules Didda. The characters of her father and cousin hint at the low tolerance and importance of a female during that time specially one who has a disability. Through all this too, Didda maintains her arrogance and self-centeredness and banks on the astrologer’s prediction that she is destined for ‘greatness’! For Didda, the introduction of her two companions, Narvahana and Valga comes as a breath of fresh air in the otherwise heavy atmosphere. Another moment to rejoice is the birth of her brother Udayaraja who seems like the only person whom Didda loves unconditionally.

Once she is married, though she is prepared for the worst, her husband is dazzled by her beauty and comes to love her. The political conditions in Kashmira are rife with betrayals and power games. How Didda, after making mistakes, becomes adept at these and excels with the help of her loyal Narvahana and Valga make for an interesting read. But as they say, ” Great power corrupts” and this is true of Didda too who is said to have been the cause for her husband’s, son’s and grandsons’ deaths. She wins over traitors or enemies with money and endears herself to the people of Kashmira by charitable works and visiting them often to understand their problems.

A wonderful thing about this book is that it takes one through a gamut of emotions for Didda from start to finish. You alternately feel pity, pride, love and hate for Didda in various portions of the book. A gut-wrenching scene is when Narvahana kills himself when he feels has lost Didda’s trust. One feels for Didda but despises her at the same time for doubting his loyalty.

The only change I would like in this book is less repetition in the end on how Didda deals with her enemies and better clarity on her work and interaction with the common people to justify her “greatness”. Having said that, what impresses about this book is Didda’s character. She rises above the two greatest weaknesses – being a female and a cripple. She is neither victimized nor hiding behind her disability. She takes charge of her life and turns it around. She is flawed but neither proud of the flaws nor does she try to find excuses for them. Her story helps us draw a parallel with the Indian woman of today who would go places keeping Didda’s determination in mind. And hopefully, she will do so without having to murder anyone!