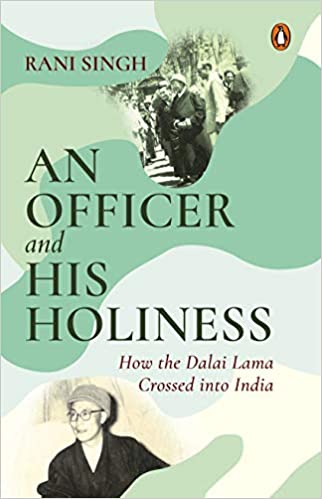 It was a dangerous operation, but one that completely changed the relationship between India, China and Tibet. In 1959, the Dalai Lama escaped from Tibet. This was a suave operation that required stealth and will. Political officer Har Mander Singh managed this assignment in the North East Frontier Agency. This is the very specific topic that concerns this book. An Officer and His Holiness – how the Dalai Lama crossed into India by Rani Singh (published by Penguin) tells us this tale.

The Dalai Lama is clearly one of the most famous people in the whole world. But strangely, stories of his crossing into India from Tibet are not as mainstream as one may expect them to be. In An Officer and His Holiness, Rani Singh uses a personal account to delve into this story.

Har Mander Singh was the maternal uncle of the author, Rani Singh. He and his team played a small but very crucial role. They were a part of a much larger group of teams and governments across who played a role in this mission. However, as the author writes, “This book is not designed to inflate Har Mander’s role in any way, and I know he does not want this. It is simply a reveal, a lifting of a curtain”. She hence uses the prism of the experiences of her uncle to give an authentic account.

What is particularly striking is the absolute painstaking research done by Singh to tell this story. She refers to the carefully kept diaries of Har Mander Singh in order to flesh out the story and the background behind it. Another significant source of information for the book was the Dalai Lama himself. In addition, Singh has also interviewed his youngest brother, Tenzin Choegyal. Besides the diary entries of Har Mander Singh, the author also has recorded interviews with him.

I have always been fascinated by journal diaries, especially when they represent key moments in history. The point of view and the narrative that one can fathom from this simple record can add value or even change the outlook to historical events.

The premise of the book and the key source of information herein pertains to the diaries of Har Mander Singh. That he painstakingly recorded the events paved the initial way for Singh to pursue her research.

Think of the diary as the core and the events, research, interviews and other information as surrounding this and supplementing it.

The detailed account of the escape is the core of the book. But what one also gets a good taste of is India of the times…a young growing nation that asserts herself. One gets a view of diplomacy and the varied channels that are used to achieve a diplomatic goal. The retracing of her uncle’s journey at a time and place in history, has relevance today as well, as it gives an overview of the situation today.

An Officer and His Holiness – how the Dalai Lama crossed into India by Rani Singh is intensive and highly detailed. It will be of special interest to those interested in international politics, Tibetan studies, history and diplomacy!

Here are 10 iconic novels to read…..start off with your classical reading adventure!

Unlocking the Universe by Stephen and Lucy Hawking