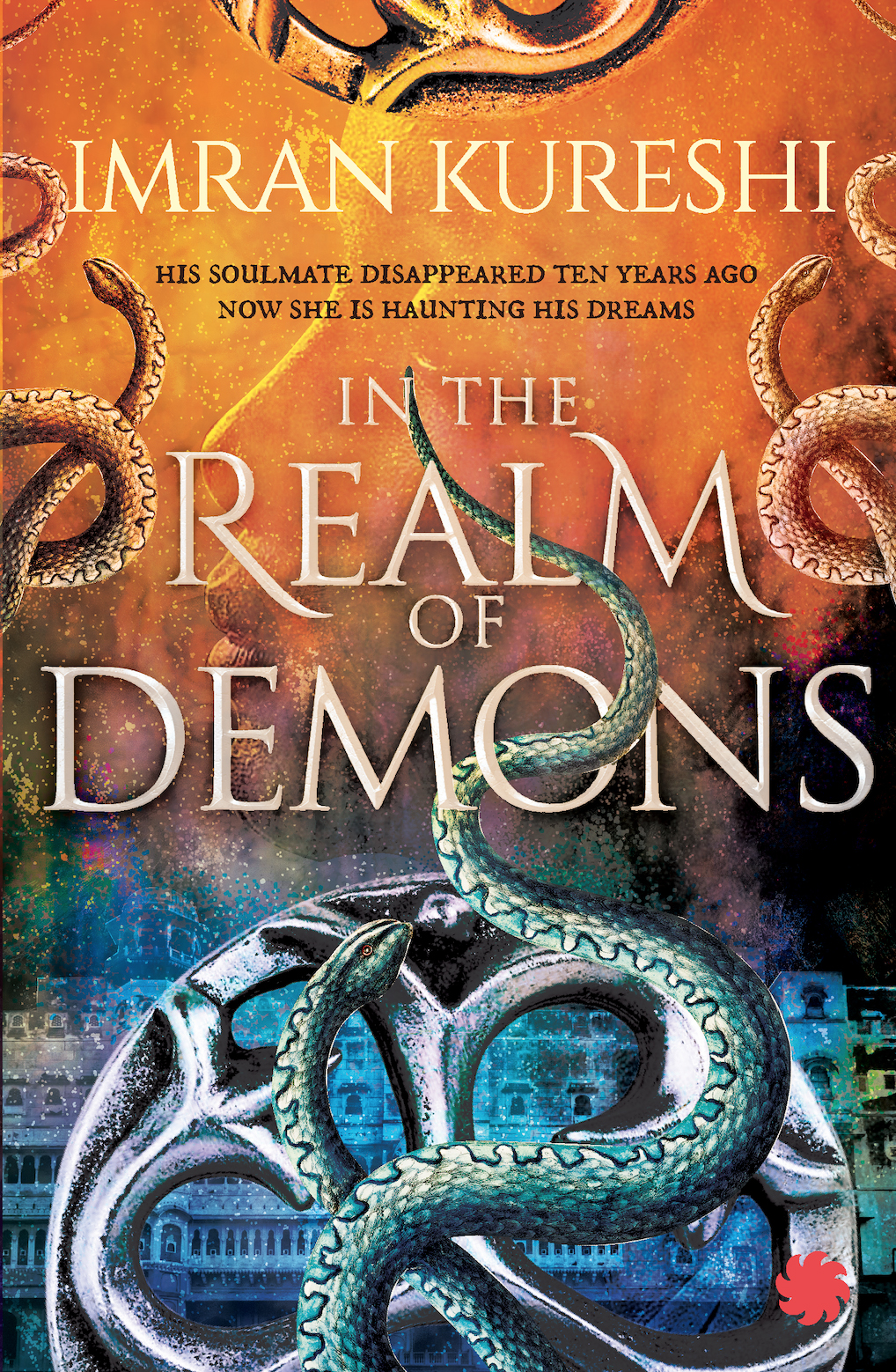 Books are the best tools for escaping the normal and the mundane! No wonder, the fantasy fiction genre is a much-loved one! In the Realm of Demons by Imran Kureshi enters the realm of jinns and demons and nagins through the story of Mehran, a young Rajput aristocrat, whose quest for his beautiful cousin Koyel forms the crux of the plot. Published by Juggernaut, the backdrop of the novel is set around the late 1940’s, in India and Pakistan.

This is your first novel, though you have written a collection of short stories earlier. As a writer, how was the novel writing process vis a vis the short story writing process different for you? What is your preferred genre?

I just love writing, whether it’s a novel or short story. A novel gives more scope to develop the characters in it. Moreover, a novel has more leeway to build its own background and quasi-mythology, whereas usually a short story has to unfold its action in a recognizable social idiom that the reader can relate to. I think I prefer writing novels.

There are many myths and magical instances that have been woven into this book. What was the inspiration behind that?

Earlier, as a child my ‘ayah’ used to tell me stories: Raja Risalo, etc., which fired my imagination. Later I often used to tell stories from my imagination, to my younger brothers and sisters and after that also to my children. They enjoyed listening to them and I enjoyed relating them. So, I think my love for magic, fantasy and adventure came from there. My inspiration lay in the stories my ‘ayah’ Zainab told me. I do wish to comment that nowadays children have their noses stuck in pads and iphones from the age of one and a half years and thus a magical world is fading away.

A further corollary to this sad loss to our lebensraum is an attitude I find in most adults. They seem to read mainly political commentary and topical subjects — things that matter and are important!! I once heard a big shot boast, ‘I never read fiction.’ Frankly I find a lot of literature on ‘important stuff’ is pure fiction and not even enjoyable. Reading is one of the pleasures of life; and worthwhile in itself. In my long years I have found that what I learnt from the classics and other novels (about human nature and behavior and how to tackle life) has proved more useful to me than anything the many subsequent business courses I attended have taught me.

Take us through the genesis of the book……

I love writing ghost stories. I found there was hardly any market at all for fantasy literature in my country. So, I decided to try to write a fantasy novel that would hold the reader’s attention from page one. I wanted it have an indigenous setting based on local (South Asian) folklore and take full advantage of a hybrid idiom.

I liked a ‘ghazal’ by Faraz very much, and this influenced the tone of the book.

Translated to the best of my ability, it reads…

“If now we separate, perhaps only in dreams may we meet again,

Like we find dried up flowers in the pages of old books,”

I feel that any piece of writing should appeal in more than one way to the reader; that the thrill of the fantasy and adventure should be supplemented by aesthetic beauty and realistic characterization. So, this ‘ghazal’ with its theme of separation and pathos echoes several times in the novel, as do some other lines of poetry. The narrative starts from a realistic environment where innocent love gets severed, leading to a seemingly plausible transition to a realm of magic, demons and adventure that the hero enters on his quest to find his beloved.

Are you fond of reading fantasy fiction? Which are your favourite authors and books in the genre?

My favourite authors in horror/fantasy are of course Lewis Carol (whom I’ve read more of than you can believe), H.P. Lovecraft and Tolkien. I am very grateful to J.K. Rowling for getting children more interested in reading once more. I’ve always liked Kenneth Grahame and T.H. White’s books and I must mention Roald Dahl.

Regarding my modest effort, I feel I have an advantage. South Asian mythology has a wealth of wondrous fantasy creatures and colourful folklore that is completely untapped. I have summoned up demons, jinns, ro-langs, dhakanas, nagas, nagins, etc., in my novel and this is only the tip of the iceberg. On the other hand, the vampire and werewolf themes are now getting somewhat played out. Just look at Tibet. That one small country has so many mysteries: the yeti, Shangrila, Shamans, rainbow lamas, the Bon religion, etc.

There was a sculptor who decided he would make a statue in the old Greek tradition that would be more beautiful than any of those created before it; after all he had a lot of new tools and modern technology that Praxiteles et al didn’t have. So, night and day he worked hard on his sculpture and created a masterpiece. The statue was a veritable goddess. It was so beautiful that he fell in love with it immediately.

He put the statue in the garden of his studio and would gaze in rapture at the figure’s perfect form, beautiful face and everything that he had carved in the purest white marble.

However, faced with such an epitome of female loveliness he became discontent with the blemishes and imperfections of his wife and began to neglect her, spending nights in his studio. He wished more than anything that somehow his statue would become a real live woman with a smooth, sentient and warm body and she would come to him while he slept in his studio.

This desire grew stronger and stronger in him. He felt that just by dint of longing and willing it he could bring his statue to life. Since he was her creator naturally he would have power over her and they would live together for the rest of their lives.

One night he dreamt that his prayers had been answered.

The next morning, he disappeared. His wife came to his studio and searched for him but couldn’t find hide nor hair of him. Nobody knew where he had got to and all his clothes, toiletries and the tools of his craft were still there. His poor wife wondered what had happened. She was puzzled by another thing, previously there had only been one statue in the garden, now there were two.

Well, this is but a teaser of what you can expect from Imran Kureshi! In the Realm of Demons makes a delightful read for those who love the fantasy-horror genre.

Tags: fantasy fiction, in the realm of demons

Living Décor by Maria Colletti- handy tips to get some green into your home!

Hashtag Authentic: Finding creativity and building a community on Instagram and beyond by Sara Tasker