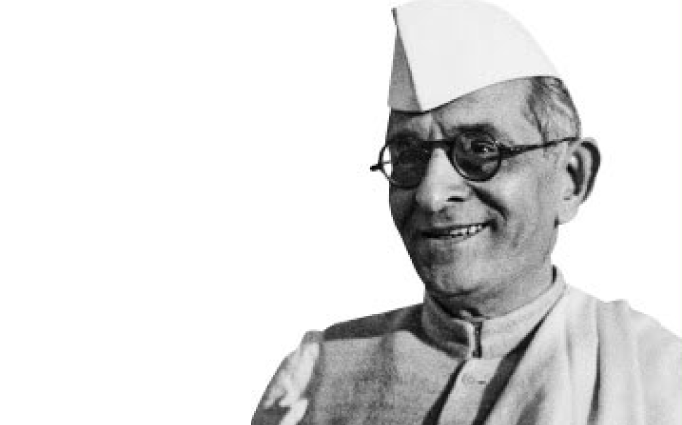 KM Munshi (1887-1971) is one of Gujarat’s most well-known writers and the founder of Bhartiya Vidya Bhavan. People rightly know him as the father of the historical novel in Gujarat. After all, his works have contributed to the rich sense of past and identity of Gujarat.

One of his popular works is a historical trilogy comprising of Patan ni Prabhuta (The Glory of Patan), Gujarat no Nath (The Master of Gujarat) and Rajadhiraj (The Emperor). Rita and Abhijit Kothari undertook the task of translating the trilogy to English. “The Glory of Patan”, the first book in the trilogy is now out. It has been well received amongst the English-reading audience.

Rita Kothari teaches humanities at the Indian Institute of Technology, Gandhinagar. She is a leading theoretician in translation studies, and has also written extensively on Sindhi, Gujarat and language politics in India. Her notable translations include Angaliyat: The Stepchild; Unbordered Memories: Partition Stories from Sindh and the novel Fence. Abhijit Kothari combines sociology, business and management in his research and teaching. He lives in Ahmedabad where he runs his own business.

Bookedforlife converses with the duo on experience of translating “The Glory of Patan”.

What motivated you to translate “The Glory of Patan” into English?

As insiders to the literary tradition of Gujarat and observers of society in Gujarat we were aware of the formative influence K.M. Munshi’s fiction had played in shaping a sense of history in Gujarat. For better or worse, this seems to form an unshakeable foundation and we felt readers outside Gujarat, as well those from generations within Gujarat that do not read Gujarati, need to know this influential strand. Besides this intellectual concern, we have also been swept by the powerful flow and intrigue and racy quality of Munshi’s fiction. It seemed like a good idea to make this ambitious ouvre available to a wider audience. In the meantime, social scientists working on Gujarat formulate ideas about Gujarat’s ‘asmita’ also need to know what its genesis is, and the roots of this ideology lie in storytelling.

Why does KM Munshi remain largely untranslated in English despite his immense popularity?

Rita Kothari has discussed in Translating India: The Cultural Politics of English at great length how and why Gujarat produced very few bilinguals who could translate from Gujarati into English. You may find considerable number of people translating from English into Gujarati, but the state has had a long-standing and weak relationship with English for several reasons. Besides it’s a daunting task to translate Munshi. One may well ask why was Govardhan Tripathi not translated until recently. The reasons may not be very different. That being said, Bharatiya Vidya Bhawan did bring an English translation of Gujarat no Nath by Naresh Jotwani.

The translation has faithfully maintained the fast-paced narrative. What kind of challenges did you face in the process?

For a story based in medieval Gujarat it is obvious that the translators were required to ‘translate’ themselves into a different period; imagine clothes, turbans, moustaches, doors and windows, lanes and enclaves with particularities that are not available in the present moment. While such challenges were generally enjoyable, what was less enjoyable was Munshi’s tendency for the superlative and effusive description of each character. We have to understand that at its heart the Patan trilogy is feudal and the glorification of men and women – valour, beauty and so on are of a scale that assume almost mythological proportions. What comes to mind are things like Arthurian legends, or Bahubali, albeit with twists and turns that are more in tune with a thriller of contemporary times. We had to constantly remind ourselves when to purposefully sound archaic and when not to.

This is a trilogy. So, are you also working at translating the other two books?

Yes. The next novel in the series is called Gujarat no Nath in Gujarati and The Lord of Gujarat in English. The one after is called Rajadhiraj, or The King of Kings.

In the book, Minaldevi, though a strong woman character, ultimately gives in to Munjal. You have outlined this fact in your analysis as well. How well accepted are such characters in today’s times?

That’s difficult to answer. In as much as Minaldevi is ambitious and self-seeking, she is very identifiable. Her ‘giving in’ to Munjal is not at the cost of her own ambitions or even self-respect. The relationship is far more complicated than a ‘dominant male’ and ‘subjugated’ woman here!

Does Munjal’s statecraft and statesmanship have any lessons for us today?

Munjal provides very interesting insights into contemporary politics, and that is why he remains a point of reference in many political speeches and debates in Gujarat. He inspires faith in people, who are willing to follow him. He appears as a disinterested picture of celibacy committed only to the idea of nation. He combines in his statecraft methods of the mind and the battle; adapting and changing policies as he sees fit, and leaves his enemies surprised each time. We need to watch out for him; he could be amongst us. He may not mean any harm, but he has the smarts to do it.

How would you place Munshi, the writer in the context of today’s times? Do you believe his themes and concerns who yet strike a chord?

The debates on nation and religion; insider and outsider continue to be relevant today, more so in fact. The role of Jainism in matters of statecraft in Gujarat, the desire to forge a Hindu nation; the beckoning of Aryavrat – all these themes strike a chord.

Can you talk about initial feedback about the book from readers? Any relevant instances you would like to share?

Munshi’s novels used to be serialized and each episode ends like a television episode, at a point when you waiting to see more with baited breath. Munshi had his readers hooked on for years when this fiction was published and even today he is arguably the most read author in Gujarat. When one of his characters died, Munshi received a spate of letters to bring her alive.

The Glory of Patan may have been written in the early 1900’s, but the universal themes of love and betrayal, and above all the game of politics is something that resonates with a modern readership as well. Rita and Abhijit Kothari have brought back the magic of KM Munshi to a new set of the readers. They can appreciate the greatness of the works in English. Indeed, this opens up the literary treasures of Gujarat to the world!

The Glory Of Patan, K.M. Munshi
Translated by Rita and Abhijit Kothari

Published by Penguin under Viking Imprint