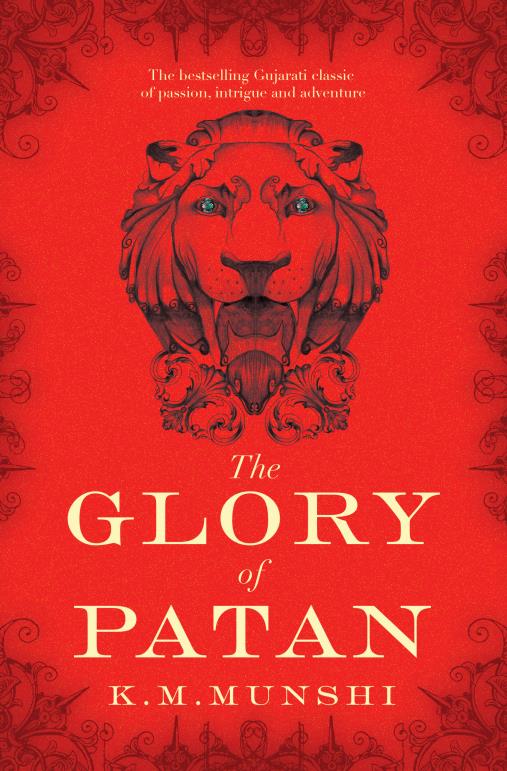 The Glory of Patan

Those familiar with Gujarati literature must know of the genius of K.M.Munshi. Munshi was not only a very prolific writer, but also a lawyer, politician and freedom fighter. The Glory of Patan is undoubtedly one of his most popular novels. It is the first book of a widely acclaimed trilogy. The book has been translated into English by by Rita Kothari and Abhijit Kothari.

The Glory of Patan

Love, power, politics….this intoxicating combination makes up the saga rooted in a very crucial period of the history of Gujarat. King Karnadev, descendent of the magnificent Chalukya dynasty lies on his deathbed. The future of his kingdom of Patan is at stake. His son, Jaydev, is but a boy. The kingdom of Patan faces an uncertain future. It is now in the hands of the Queen Minaldevi and able Prime Minister Munjal Mehta to secure Jaydev’s ascension to the throne and also hold on to the reins of power. The vacuum created by the death of the king has to be filled. On one hand, powerful Jain merchants would try and wield authority. On the other, there is the danger of independent ‘mandaleshwars’ seceding from Patan.

However, things are not always that easy. Minaldevi has her own agendas. Should she continue to trust Munjal Mehta? She wishes to withdraw from his influence and assert her own independent thought. A visit by Jain monk Anandsuri complicates things further. His desire is to see Gujarat united by way of a common religion- Jainism. But, is this fact acceptable to the ruling family, and more so, to the people of Patan? The book takes off from the death of the king. The series of events that unfold and the ultimate conclusion makes up the story.

To add to the enigma and the fast-pace are subtle tensions which pervade the narrative. Firstly, the marked difference between the existing Rajput way of thought and the strongly emerging Jain thought finds expression in the novel. There is also a restrained tautness in the relationship between Queen Minaldevi and Munjal Mehta.

The plot is extremely fast moving and events unfold one after the other in quick succession, keeping the reader on his toes, eagerly waiting to see what happens next. The dialogues are crisp and hard-hitting.

While the plot and fast-moving narrative are enough to grip the reader, it is Munshi’s grasp over the characterisation that really steals the show. One of the most memorable characters in the book is that of Munjal Mehta who personifies the shrewdness and far-sightedness of a seasoned politician.

Munshi does not use long descriptions for his characters. Rather, he lets them speak for themselves through their actions and words, which immediately take the reader into the minds and hearts of the characters.

Munshi was as much a historian as he was a writer. The detailed research that he did for the Patan Trilogy is evident in the ease with which the book presents the backdrop against which the story unfolds. Patan and the Chalukya rein are very much authentic as are the main characters. However, that is where the similarity ends. Most of the events that make up the narrative are fictional and the historical backdrop merely adds to the allure of these events and personalities!

Representation of Gujarat in historical fiction

The historical fiction genre has been very popular in India. This is not surprising considering that the country has a rich repertoire of myths, stories and legends. Whether it is retellings of the great epics from varied points of view, or creative reimagining of historical tales, there are many examples of this genre.However, the themes for these stories derive mainly from Mahabharata and Ramayana.

With this book, a glorious narrative from the powerful kingdom of Gujarat makes its way into the collective consciousness of people. It is difficult to miss the references to the glory of Patan, a town that was historically known as the jewel in Gujarat’s crown. The strong sense of rootedness to Patan pervades the book and brings forth the historical importance of this little town.

The Glory of Patan has been translated into English by Rita Kothari and Abhijit Kothari. We live in times where the appetite for historical fiction and retellings of tales from long ago is huge, to say the least. At such a time, bringing this powerful saga from a writer like KM Munshi, to the English-reading reader is indeed a commendable effort!