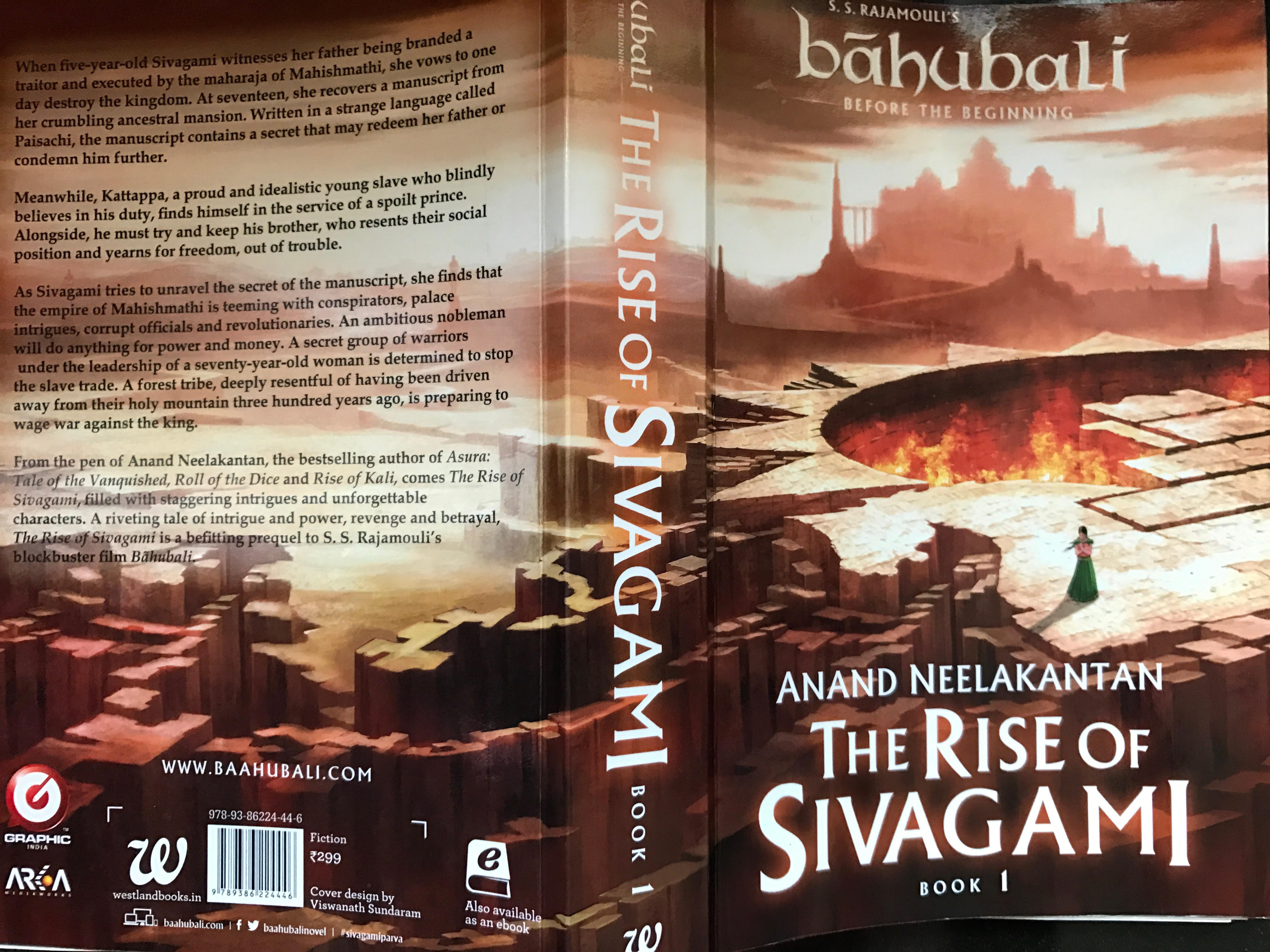 “Why did Kattappa kill Bahubali?” was probably one of the most asked questions before the release of the second movie. People came up with thousands of theories…as well as websites and chats dedicated to discussions!

While the story of Kattappa and Bahubali is at the forefront….and the public soon knew the answer to this much-asked question…..let’s take a moment to reflect on other stories of this fictional kingdom. These are stories that deserve elaboration.

If the tale of Bahubali has created a fictional world in the minds of people…the creators must indulge people! For this by-no-means-easy task, S.S. Rajamouli, Director of the record breaking blockbuster Bahubali turned to one of the most esteemed names in historical fiction writing- Anand Neelakantan.

The result is a leap into the past…rewinding into time…going back to an era when the Queen Mother, Sivagami was but a young seventeen year old girl, haunted by memories of witnessing her father’s execution. The strong  image of Sivagami, is entrenched into the minds of the viewers. She is undoubtedly one of the most powerful characters of the film. Her decisions spur the chain of actions and reactions that make the movie. The prequel to Bahubali thus tells the story of this mighty queen….in a much-awaited trilogy. The Rise of Sivagami is the first book in this series.

We see Sivagami as an orphan, ready to avenge the death of her father who served his kingdom Mahishmathi. He was executed and labelled a traitor. As we pass through the annals of history we uncover a bustling metropolis that hides dark secrets…a world where politics is as ruthless…where people play power games to reach the top….where the elite exploit the oppressed and marginalised to serve their selfish needs.

Sivagami recovers a manuscript that holds clues to her father’s death. But, this is not the story of Sivagami alone. There are many parallel  plans and events lurking in the darkness… noblemen who seek power, the dark underbelly of the kingdom where slave trade and prostitution thrives, the pervasive caste and class system, a group of tribals who are looking at dethroning the king as well as an all-women band army who are bravely fighting to stop the slave trade. There are other stories that also move hand in hand with the story of Sivagami. The book gives an insight into Kattappa as a young slave, and the genesis of his unflinching loyalty to his masters. This is a world that echoes a social and political scenario that is familiar to readers in any part of the world even today.

Despite being woven as a part of the Bahubali magic, the book stands strong in its own right as a story that deserves to be heard….Neelakantan is a master storyteller who weaves in all these different stories from Mahishmathi’s past, to present a compelling narrative that will be difficult to put down. Revenge…betrayal…suspense…cruel twists of faith…this book has it all. The fast paced narrative plunges right into the exciting story to reveal a surprising conclusion….

Would it go the Hobbit way and have the prequel as a movie? I think it would be a great idea….though for now, since I will soon know why Kattappa killed Bahubali, I’ll wait with bated breath to know about the next series of turn of events in The Rise of Shivgami!

Clearly…the Bahubali fever will not cease……the Before the Beginning series will ensure that the legends from Mahishmathi continue to enchant readers!

The 5 AM Club – Own your mornings and elevate your life

How can we make literature more accessible to the common man?