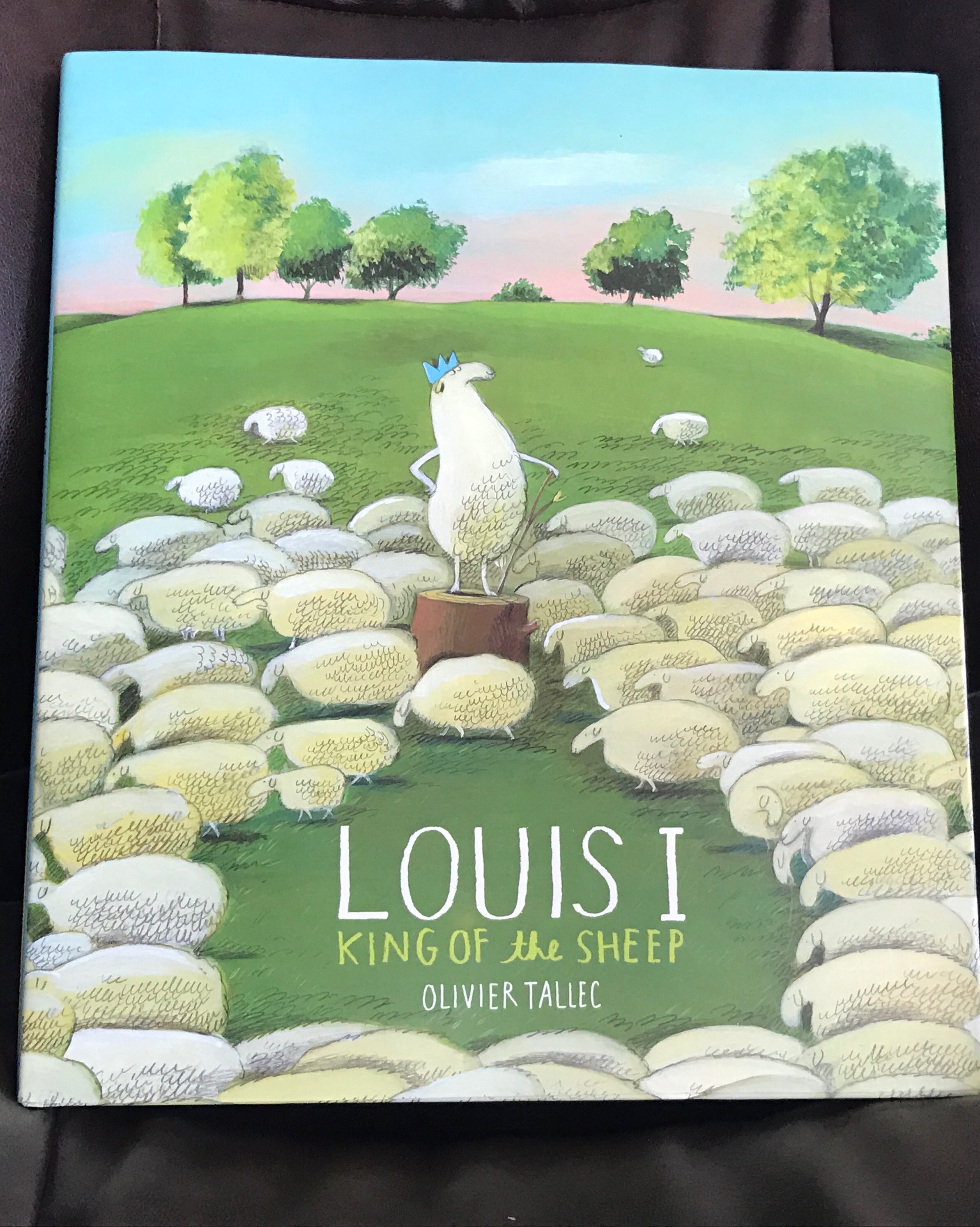 If all was well with the concept of Power, the world would be a different place. Louis I – King of the Sheep, a picture book for children by renowned French illustrator Olivier Tallec, explores the fleeting and corrupting nature of power. Tallec is known to bring deep sensitivity and beauty in his works. This book is no exception.

His rise to power is due to chance. But, power transforms him. He slowly becomes a tyrant. A change occurs within him. Obviously, this is because of the power he has now. The change comes slowly but pervasively. As you turn the pages, you can observe the change that at first occurs in small doses.

BUT FIRST and FOREMOST, LOUIS I DECIDED, HE MUST BRING ORDER TO HIS KINGDOM.

SO HE COMMANDED HIS PEOPLE TO MARCH BEHIND HIM IN SHEEP STEP.

Louis gets a special place for himself so he can rest. He hunts for lions and such royal pursuits. He receives grand artists at his place. He basically indulges in activities that kings do. But, by now, Louis I is completely drunk on power and matters turn sinister.

NEXT, LOUIS I DECIDED THAT ONLY the SHEEP WHO RESEMBLED HIM COULD LIVE AT HIS SIDE.

The OTHERS MUST BE DRIVEN OUT.

However, if power can come, so can it go. Another day, it takes but a bit of gusty wind to blow the crown away.

LOUIS I, KING OF the SHEEP BECAME LOUIS the SHEEP ONCE AGAIN.

By using the example of a humble sheep, Tallec shows that no one, not even the simplest and most innocent amongst us, is immune to the corrupting influence of power. The gentle pace of the story and a very positive end makes it a pleasant read.

Tallec’s design background ensures that the illustrations are breathtakingly beautiful, to say the least. Highly detailed and spread generously over the pages, the powerful pictures take the story forward. Each page has a maximum of just two lines of text, if at all. Yet, it is the impact of the powerful lines and the wonderful illustrations make the story what it is.

The notion of power dynamics hits us right from childhood when we face power relationships with parents and significant others.  The book explains simple truths about power that both children and adults will be able to relate with. It illustrates how power depends on chance, how power corrupts and the fact that it is transitory.

Louis I – King of the Sheep presents the truth about power dynamics in a beautiful and simple way. It is sure to give a fresh and mindful perspective of the nature of power to children, as well as adults!

Read hOle books for a whole lot of fun!

Gaurav Tekriwal puts the magic back into math