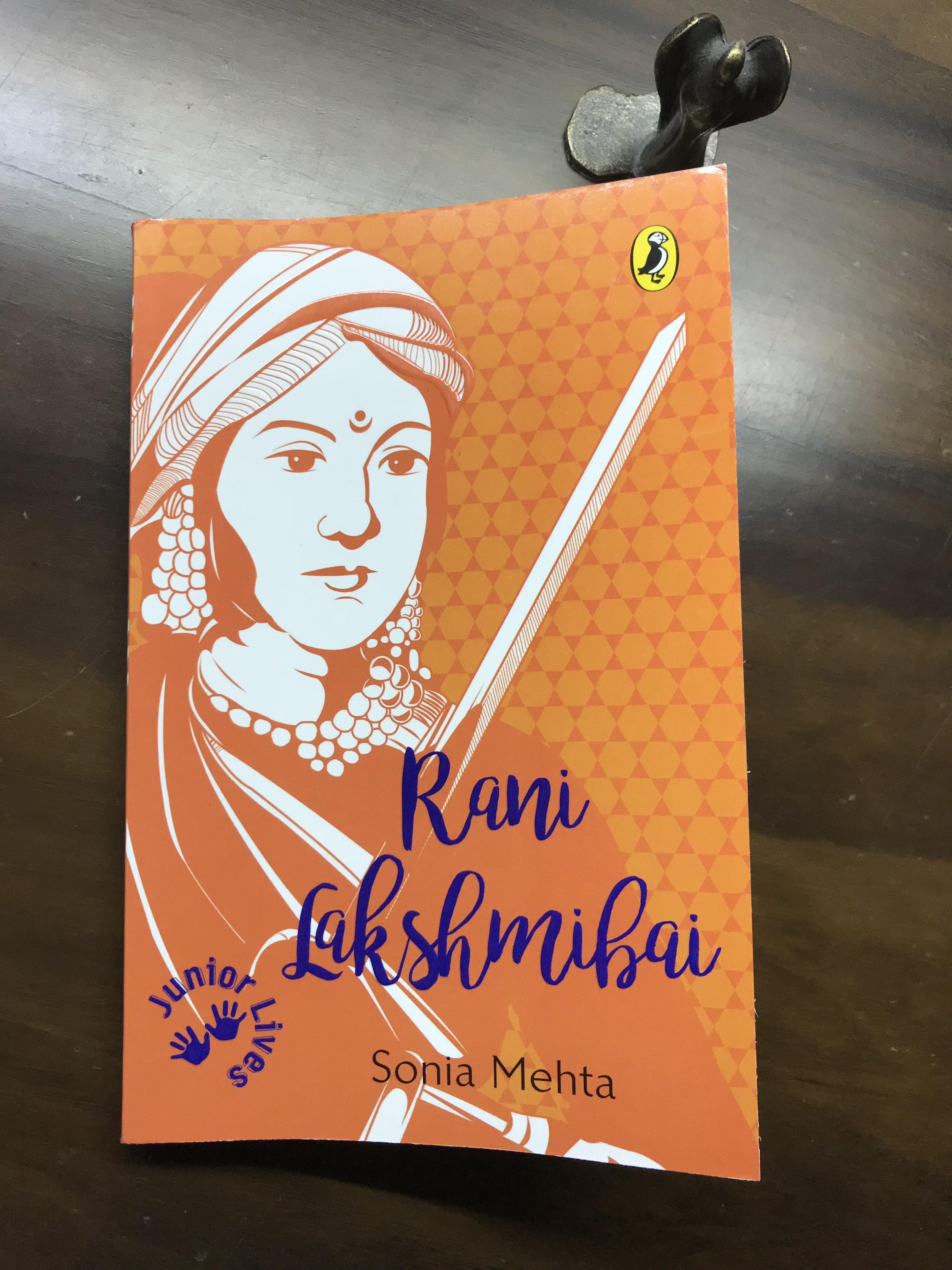 It is very special to read a Rani Lakshmibai biography dedicated to young readers. Not only is she an enigmatic historical character, but as a woman warrior known for her mental and physical strength, she continues to be an inspiration for many.

A different face of the Rani

We have known Rani Lakshmibai as a brave queen sitting on horseback with a child on her back and a sword in hand. But, Sonia Mehta delves into the childhood of the queen, to the very roots of her strong personality.

Through the well narrated tale we learn how the motherless girl who was not even a princess by birth, grew up to be one of the most revered queens in history.

My favourite aspect about the story is the thread of feminism that runs through it. The book describes how, as a child, Manikarnika (for that was what she was called) defied tradition and educated herself. She rejected gender boundaries set by the mores of the times she lived in. Not only that, but she inspired other women to break norms of the time. She had her own secret army of women!

Mehta’s narrative brings out these aspects in an inspirational and positive manner. Another small but important touch is at the of the book where Mehta gives a brief description of brave queens in the history of the world.

The story-like flow ensures that facts are narrated as if one is reading a fiction book. This angle makes it interesting for the reader. Since the story of the Rani Of Jhansi needs to be viewed against the backdrop of the British rule in India, it is necessary that the readers are aware of some relevant historical details (for example, the British policy of annexing states without an heir). Such historical facts and background information is provided in sidebars and side boxes. Thus, the flow of the story remains uninterrupted and the facts are also presented for easy reference.

The book is easy to read and divided into chapters, each dealing with a specific point in the queen’s life. It is based on extensive research. The illustrations add to the enjoyment of reading and appreciating the book. Interspersed with interesting facts and details, the book provides a refreshing insight into the life of a queen who is still very famous in popular culture, but who people actually know very little about.

A great story about Rani Lakshmibai that traces her journey from childhood through her valiant end in detail. It is pepped with interesting less known facts and supporting information which is sure to interest readers. This is a Rani Lakshmibai biography that every child must read!

Other books in the Junior Lives Series