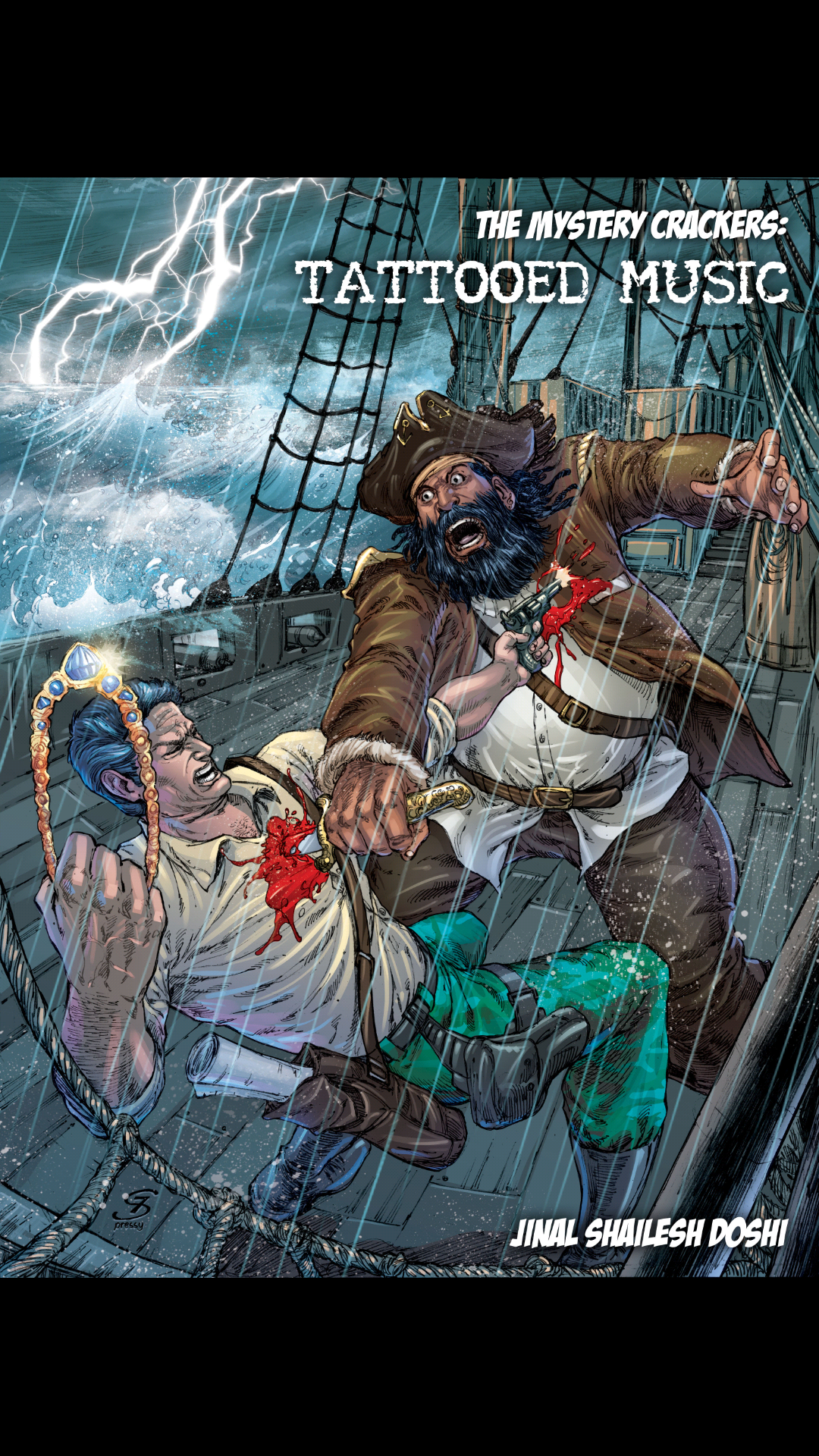 There was a time when conventional adventure and mystery books for children were all in rage. Inspired by The Hardy Boys and the Nancy Drew Series the Mystery Crackers Series by Jinal Doshi brings forth a group of clever problem-solvers who happen to be children.

The Mystery Crackers: A Chest’s Tale follows twins Prash and Nish as they try to find their Dad whose gone missing. The answer may just lie in an antique chest, which incidentally is also missing! In the second book, The Mystery Crackers: Tattooed Music, an innocent look at the dazzling replica of Daulihaam (A Blue Diamond Gold Choker) and a precious bloodstained pure silk handkerchief lure fraternal twins – Prash and Nish in to a fascinating mystery of old ships, tattooed music and a thirst to excavate the real Daulihaam’s mesmerizing history. Both brothers plunge deeply in to it to place the identity of a deadly pirate. Unaware about the dangers that lie ahead, the teen detectives get into a stunning adventure connected with a royal couple and a precious stone.

While the first novel is available as a paperback and on Kindle, the second novel is a Kindle Version. “I wished to touch the hearts of global readers. Thus, I chose the Amazon Kindle option,’ says Jinal. “I think e-readers have surely changed the way today’s generation reads. However, there are still readers who choose to hold a physical book in their hands and take in the special fragrance of the pages. So, physical books are here to stay for a long time,” she adds.

Coming Home by Priti David, a story of bridging distances

Wild Symphony by Dan Brown cracks the code for writing a musical treat for young readers.