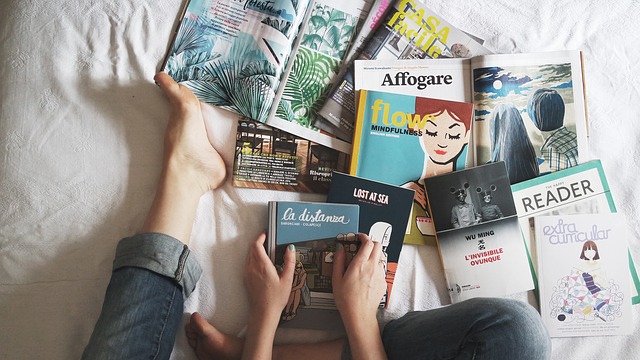 Once children hit their teens, parents often struggle to understand what kinds of meaningful books they could recommend to their children. While most teens have a great selection of classics as well as modern popular fiction t dip into, here’s a little peek into some modern powerful fiction books for young adults.

Encourage your teenagers to read these books, and expand their world view!

Year of the Weeds by Siddhartha Sarma

The agitation by Dongria Kondhs in Niyamgiri area of Odisha inspires Year of the Weeds by Siddhartha Sarma, a powerful novel about the fight for survival. Told simply and with great humour, Year of the Weeds is a timeless read. Though the novel is written with the young adult readership in mind, it transcends the barriers of age, and is relevant as a human story.

Read our interview with the author here.

The Lies We Tell by Himanjali Sankar is a YA novel in touch with the pulse of young adults today. Irfan, Uma and Rishi are ‘besties’, until they form the proverbial love triangle. Uma breaks up with Irfan and starts seeing Rishi. But then, someone circulates an image of Uma. Naturally, Irfan is the suspect. Sounds predictable? Well, hold on because this is not a frivolous love story talking of puppy love! What follows is an intense tale of human emotions, with unpredictable twists and turns.

A sense of suspense catches the reader right in the middle of the book. Who has sent a picture of Uma to a group of boys in the class? The climax is poignant and the entire narrative has been very beautifully crafted!

Read a detailed review of the book here.

When Morning Comes by Arushi Raina

“When Morning Comes” by Arushi Raina narrates a fictionalized account of the turmoil of the Soweto Uprising in South Africa. It was on June 16th, in the year 1976, when school students in the Soweto township in Johannesburg, South Africa, began a series of protests and demonstrations against some very oppressive educational policies of the government. Those were the days of an apartheid government.

The uprising is central to the story that is narrated from four different points of view: Zanele, a black girl; Jack, a white South African boy, Thabo, a thug and Meena, an Indian girl. The narratives spin the story forward to its conclusion, though never losing sight of the central theme. “When Morning Comes” by Arushi Raina reasserts the power of the youth to effect change in a world that is increasingly being torn down by violence.

Read an interview with the author here.

The Hate U Give by Angie Thomas

Starr, the young black protagonist of The Hate U Give is just a normal teenager until one event changes her life completely. A white police officer shoots her unarmed best friend. Following his death, Starr struggles to come to grips with the situation. The debut young adult novel is a timely look at some realities of our world right now- of which teenagers are very much a part of.

This is a poignant story that deals with a conflict faced by a young teenager, in a social setting that young adults all over the world can identify with. Even if the incidents described in The Hate U Give happened in the USA, thematically and emotionally it is a novel that will connect with all people across cultures and social scenarios. In my opinion, it is a book that adults would love to read as well!

Have you ever felt inadequate or pressurised because of the people around you? Have you felt that your body and appearance needs to match what is shown in popular media? Have mental scars of comparison made their presence felt in your life? Mirror Mirror By Andaleeb Wajid talks about this all-too-familiar scenario. It is a coming-of-age touching story of young Ananya’s inner battles in accepting and believing in herself with confidence. The book reflects the life of a teenager, Ananya, in an authentic manner. This is a story that will leave you with a warm feeling and will surely touch your heart!

Queen of Ice by Devika Rangachari

Queen of Ice is the moving story of Didda, a lame princess, who against numerous odds, goes on to become the powerful queen of prosperous Kashmira during the early medieval time of Indian history.

A wonderful thing about this book is that it takes one through a gamut of emotions for Didda from start to finish. You alternately feel pity, pride, love and hate for Didda in various portions of the book. What impresses about this book is Didda’s character. She rises above the two greatest weaknesses as perceived in those times – being a female and a cripple. She is neither victimized nor hiding behind her disability. She takes charge of her life and turns it around. She is flawed but neither proud of the flaws nor does she try to find excuses for them. Her story helps us draw a parallel with the Indian woman of today who would go places keeping Didda’s determination in mind.

It beautifully describes how an emotional girl who is easily affected by her father’s rejection evolves into an aloof and cold-blooded woman who does not let anything stand in her way to “greatness”. And yet, there is a deeply human quality about her. A refreshingly different heroine in a poignant read….

Read more about the book here.

These are wonderful books that will meaningfully stretch a young growing mind! These powerful fiction books for young adults must have a place on your bookshelves!