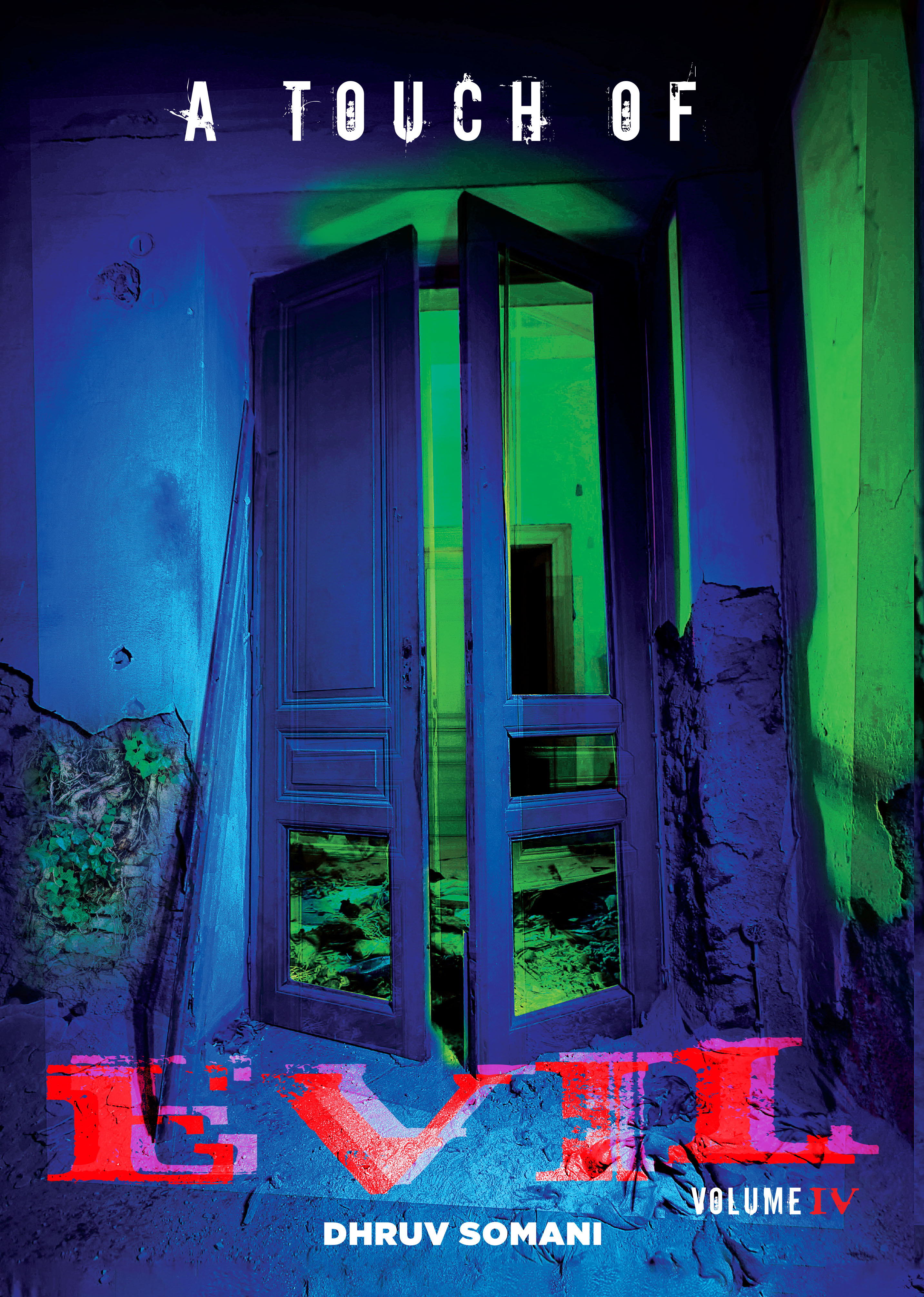 Dhruv Somani may be a textile tycoon. But beyond the businessman lies an ardent admirer of Hindi cinema. Dhruv has recently released his first book: A Touch of Evil. The ‘book’ is actually an elaborate collectible volume of four books. It is a unique compilation of details and trivia of films from the horror, thriller and suspense genres.

Bookedforlife chats with the film buff to know what made him chronicle the legacy of fear….

This set of books is a mammoth encyclopaedia on Bollywood movies in the horror/thriller/ suspense genre. Can you let us in on the genesis of this idea?

According to me, this genre of suspense, horror & thrillers was always an underrated one. The films made under this genre and their maverick filmmakers never got their due. The information and data available about these films are also lesser, as compared to the more commercial ones made in Bollywood. A book specifically on this subject was the answer in my mind for all the fans and film lovers of this genre. 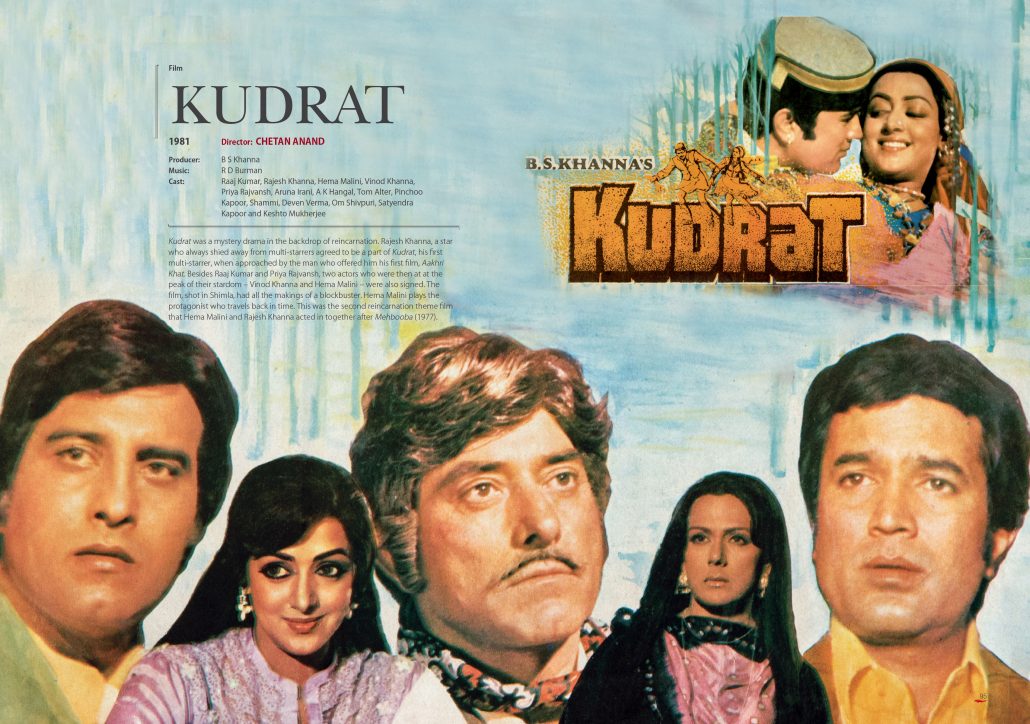 Besides the synopsis of the movies that you have written about, you have also given us interesting trivia as well as images of some really nice collectibles like posters, lobby cards, tickets and so on. Do you collect these memorabilia?

I have been a collector of Bollywood memorabilia since some time now. To find memorabilia on these rare and unpopular titles has been quite difficult. For a popular film like Sholay the publicity material is huge and in volumes, but for a horror film like Purana Mandir the material for publicity is also limited as the budgets for these films was restricted. So, in other words, it took me a lot of time and effort to look for memorabilia for some of these films.

What about horror films and thrillers appeals to you?

For me, the fear of the unknown or the unseen has been always more exciting to watch as these films could be unpredictable and daringly different at times. The thrills and the adrenaline rush while watching these edge of the seat spooky entertainers gives me a high which I thoroughly look forward to.

You are not merely describing, but also commenting critically on the genre. This deep insight is also fascinating. You talk about ‘horex’ as a genre. What do you feel is appealing about this genre specifically? Who is the target audience?

There was no category as horror in the decades of the ’50s and ’60s in Bollywood. The films made in these decades were mainly on the themes of the supernatural and the reincarnation and were considered spooky.

It was only in the early ’70s with the onset of the Ramsay Brothers and their first full fledge horror film Do Gaz Zameen Ke Neeche and its thumping success at the Box office, which established a separate genre or category of horror. The banner got established with making successful film after film as they were a treat to the audience with enough sleaze and gore. The successful formula inspired more filmmakers to jump into the race and the mantra continued decade after decade.

The newer directors refurbished the formula with sensuality, haunting melodies and horror stories which emerged as a new trend or genre called horex.  This genre has caught up fast with the new generation and is here to only grow further as it was clearly visible in franchises like Raaz, Murder, and Race to name a few.

You also talk about web series like “Ghoul”. Do you feel these will lead the way specifically in this genre?

Personally, I felt that Ghoul was a well-made web series which was also marketed well. Unfortunately, it was called a flop as it did not achieve the same popularity as their web series called Sacred Games. According to me this trend is getting hugely popular over time as shows sans censorship are fast becoming an essential part of the next generation. This platform is also attracting big stars as it offers them stories to experiment and explore.

I can only imagine the level and the amount of research that has gone into the four volumes that make up the series. Can you describe how you conducted the research for the same?

My main research was watching all these films over and over again! Besides that, I am a collector of a lot of Bollywood memorabilia like old magazines, booklets, lobby cards, and posters which were very handy and informative to precisely give some details of the films. Also, I have seen most of these films as a child due to which I remembered the stories and characters very clearly.

You have quite insightfully given an indication of how the genre has evolved over the years. Now, as you look back at the history of Hindi cinema over the decades, through the prism of the horror, thriller and suspense genres, are there any specific glaring observations that you would like to share about the industry, or even about the society that it caters to?

The films made in the decades of the ’40s, ’50s and the ’60s were films that largely belonged to the supernatural and suspense category like Bees Saal Baad, Gumnaam, Mera Saaya etc. For those days and times, these films were considered to be creepy and spooky as they were successful in scaring the audiences.

Then entered the Ramsay Brothers in the early ’70s who made films after films scaring the daylights out of people with their horrific monsters and their haunted havelis. Films like Purana Mandir, Veerana, Bandh Darwaza gained popularity.

The Ramsay’s ruled the Box-Office till almost the early 90’s as gradually the phase of horror films almost disappeared till the emergence of director Ram Gopal Verma with his successful films like Raat, Kaun, Bhoot etc. Another promising director who established himself as the torchbearer of this genre was Vikram Bhatt whose films like Raaz, 1920, Shaapit etc became successful and gained popularity. Today so many upcoming directors are coming up with films of this genre. It is only a matter of time when some will come up with a big budget horror film that will rock the Box office.

Who is the ideal reader and buyer of A Touch of Evil?

300 films of suspense, horrors & thrillers with more than 600 photographs from booklets, posters & lobby cards all originals covering films from the last 7 decades weaved together in a series of books is a treasure box for any film lover. It’s the first book of its kind that aims as a felicitation for directors who dared to be different, educating the information seeker, enlighten the curious fans and finally act as memorabilia for the future generations.

This may be difficult…but which are your 3-4 best horror movies of all times?

Its really difficult to choose from so many films but nevertheless some of my favourite ones are Gumnaam, Jaani Dushman, Purana Mandir and Raaz.

What’s next on your writing list? People who have read your work, I’m sure they will be looking forward to it!

I have really not finalized anything as of now as it’s just been a month to the launch of my first book A Touch of Evil, but I’m very keen to write a filmography of films done by my favorite actresses of the decades of the ’70s and ’80s. It could be Rekha, Zeenat Aman or Dimple Kapadia.

This is a beautiful collection for any film buff to invest in. A Touch of Evil can sometimes be quite good!

IF YOU LIKE BOLLYWOOD MEMORABILIA, YOU MAY WANT TO READ https://www.bookedforlife.in/features/bollywood-memorabilia-osians-catalogues-greatest-show-earth-reveal/

Your Life is your Message – discovering the core of transformational leadership by Nancy Stanford Blair and Mark L. Gesner

A Beautiful Morning: How a morning ritual can feed your soul and transform your life by Ashley Ellington Brown