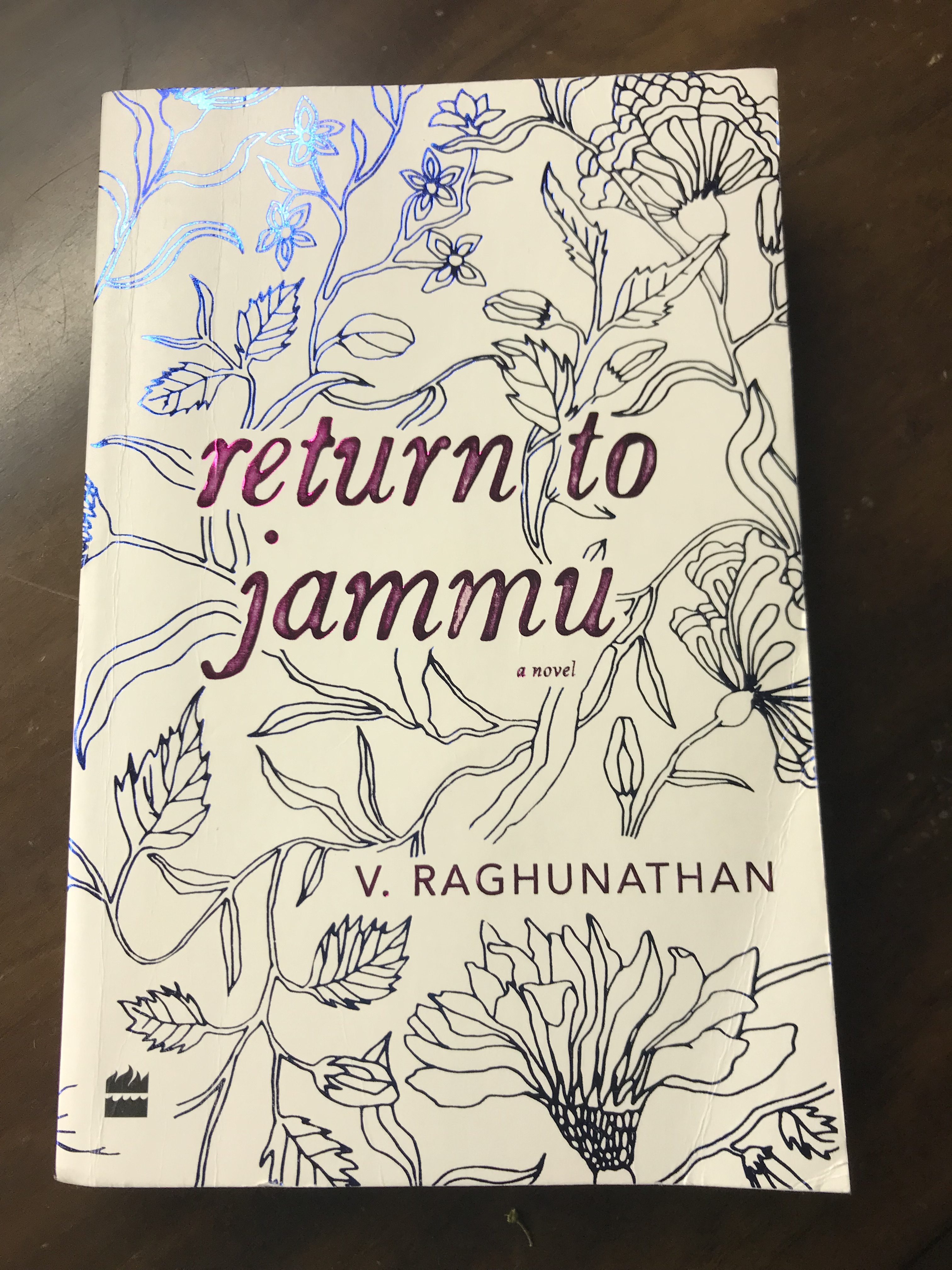 V. Raghunathan’s first novel, Return to Jammu, is the story of Balan- the son of a junior army officer. In a friendly conversational tone, the author takes us through Balan’s life, weaving in a nostalgic story of love and loss.

Return to Jammu starts off, almost chronologically, with Balan’s background and childhood days.  As one reads through the minutiae one gets a glimpse of the India of the 1950s. The plot is not entirely evident in the first few chapters. But, before the reader dismisses this building up as trivial, he or she is completely taken in by V. Raghunathan’s great sense of humour. The author’s trademark sarcasm laces the entire story. Each page brings a smile to the face…or a hearty chuckle!

Consider the following lines where he talks about birthday celebrations:

Besides, not having celebrated Urmila’s first birthday with any fanfare, my mother was loathe to make any song and dance about my first birthday just because I was an only boy. She had, after all, made no song and dance for Urmila, the only girl. But try telling that to good Punjabis; they may make the warmest of friends and neighbours but do not easily take no for an answer, especially in matters of sons and feasts.

Balan arrives at Pathankot, and the family travels to Jammu where his father is to be based. The ensuing descriptions of seven years in the area throw up many interesting themes. One gets an idea of the landscape of Jammu in the 1950s-the brown canals with iced water, the local flora and fauna that were an integral part of the childhood described by the author.

The author’s descriptions also evoke the feel of an era past, where people lived so differently. For instance, simple things like the use of aluminum casted heating coil to heat bathing water in a tub, and how sub canals doubled up as refrigerators is quite far from the scenario today. The simple childhood he evokes, the schooling of those years, unrestricted time with siblings and the close knit neighborhood will surely take the reader down the memory lane.

Interspersed with the relatively isolated life in Jammu, he talks about world events that also occurred during that time, such as the launch of Sputnik by Russia and so on. Indian political events such as the leadership of Nehru and wars with China and Pakistan form a part of the narrative. But, these major events do not change life drastically for the young Balan.

In a sense it paints a vivid picture of India of that time through the eyes of a child- the humdrum of daily life, a father who’d rather avoid the responsibility of a good husband and dad, growing up with two sisters in an India vastly different from today, a mother who managed the house with strain and dedication…..these are all elements that form the early part of the narration.

However, as Balan grows he turns out to be dedicated, hardworking and confident. Life takes him to the Indian Institute of Management-Ahmedabad. He meets a girl named Jasmine who he recounts as a childhood friend, Jeevan Asha. They had spent many memorable years in Jammu. However, she does not acknowledge this. This is when the reader’s curiosity peaks.

The book then moves fast, amidst this heightened ‘suspense’. Balan makes a trip to Jammu to find out the truth about Jeevan Asha. Will the journey reveal if the girl he has met is indeed his childhood friend? Will the visit reveal a changed city torn from the idyllic Jammu of his past?

Jammu has changed indeed. When Balan returns he sees a different land from the one he grew up in. This comes across poignantly in the descriptions of the canals of his childhood:

If my first sight of the same canal has astonished me in 1959 for the beautiful view it held, now, in 1983, it’s condition shocked me. What had been a beautiful, flowing and clean canal was now a shallow slush, full of garbage, with an abundance of polythene bags, a couple of street curs and a few crows, one of them even pecking at a dead frog.

The end is touching and equally poignant. It may describe an event in the life of one individual, but the reader will see that human emotions and situations are common across all. In that sense, love and loss, and how we deal with them, will always remain common concerns.

V. Raghunathan is an academic and has written vastly in the nonfiction genre. This is his first fiction book. The instances in the novel and probably bits of the character of Balan himself seem to be inspired by his own life.

Filled with nostalgia this is also a story about growing up, leaving the innocence of childhood and dealing with pain and loss as one navigates through life. A great sense of humour pervades Return to Jammu, which makes it a heady mix of humour fueled nostalgia!

OTHER BOOKS BY V. RAGHUNATHAN

The Golden House by Salman Rushdie

Tulip of Istanbul by Iskender Pala deep-dives into Ottoman past through the realm of historical fiction.