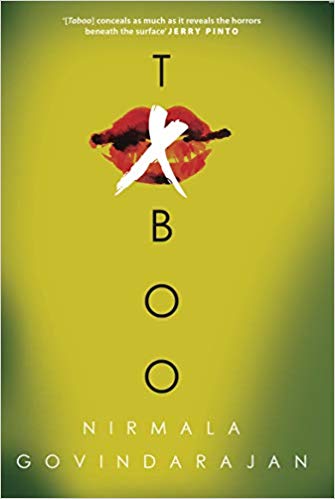 Human trafficking is the illegal trade of humans most commonly for the purpose of sexual slavery and forced labour. Statistics say that human trafficking in India is on the rise. Even as the number of people rescued is increasing, this novel is an eye-opener for millions who think that the problem is not critical any longer. Nirmala Govindarajan, in her penchant for writing about hard-hitting social issues, has human trafficking and exploitation as the underlying topic for her latest novel, Taboo (Picador India ).

Erendira, the protagonist, is the manifestation of all women forced into the sexual trade. She does not let her dire circumstances suppress her will to survive, longing for her love and spirited personality. She is also referred to as the ‘Lady with the Slender Hands’ or as the one with red lips. These tags given to the characters like the ‘Baron of Excess’, ‘Badtameez Baap’, ‘Royal Ragmuffins’ etc. give the book a satirical twist. Similarly, the quirky distortion given to names of identifiable places like Khalaand for Khandala and Chandnigarh for Chandigarh make for amusing guessing. The story is spread from the Himalayas in the North to the Southernmost point of India and even Sri Lanka.

The irony of the so called ‘respectable people’ stooping to extreme lows and the pain and helplessness of the exploited women and their families are gut wrenching. It makes Taboo a thought provoking and poignant read. The black and white clarity of the characters is refreshing.

Taboo also has a musical and cultural bend, with words from different languages woven into the story. Also, the surprising culmination of all the characters from different places and social strata in the end make for a satisfying finish. An interesting but intense read, (just like her other works)reaching unique literary standards!

Love Among the Butterflies: The Diaries of a Wayword, Determined and Passionate Victorian Lady by Margaret Fountaine.