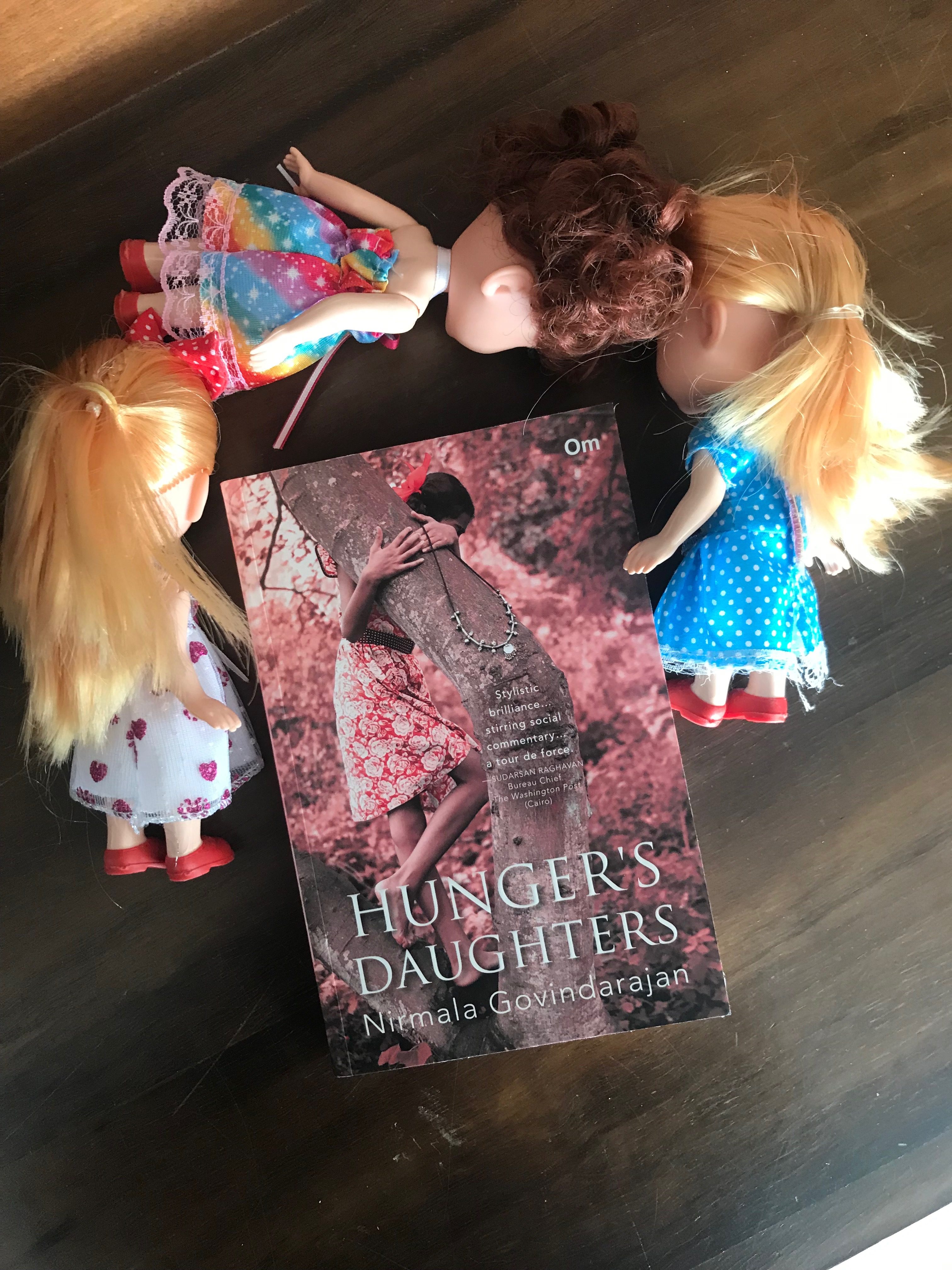 A single glance at the cover of Hunger’s Daughters gives you the impression of a cute, girlish read. However, the story couldn’t be further than that! Although girls and women are the central focus of the story, Hunger’s Daughters is a stirring social commentary on the bleak circumstances of young breadwinners from the forest hamlets of Jharkhand, Orissa and Karnataka.

The book is a first-person account that is told from the point of view of the author Nirmala Govindarajan. Through research and investigation, the author learns about forest hamlets in the hinterlands of India, and thus visits these places to gain information for her story. The raw journalistic information is expressed with a rare sensitivity. There are various verses and texts that gives the reader insight into the pain and plight of the little girls.

The book recounts few of these stories, which need to be told. Living in a small village in Orissa, Susanthi Bodra is compelled to become a breadwinner at the tender age of twelve. With her father presumably dead and mother gone missing, Susanthi is left to fend for herself. On another tangent, Hunger’s Daughters also follows the chilling tale of eight-year-old Nelli who runs away from her mistresses’ home but is kidnapped and sold into a brothel in Nagpur. Twenty years later, her mother is still hopeful and on the lookout for her precious daughter. The narrative is cleverly woven together making it a compelling story of poverty and power with an underlying thread of love and family relationships.

The story travels into the interiors of India and throws light on the struggles and plight of children who are forced to grow up way before their time. Packed with raw, gritty instances, Hunger’s Daughters is definitely not for the faint hearted. Nirmala Govindarajan is a seasoned journalist and social sector documentary film maker, and gives a voice to the unheard voices buried within the heart of the country. The story plainly presents the dark reality without exaggeration or sensationalism. It is supported by multi-dimensional characters. Their trials and tribulations feel extremely real and honest.

An unforgettable story- Hunger’s Daughters isn’t your typical Sunday read. Be prepared for angst, violence, extreme poverty and despair which also tells a tale of resilience, strength and lost childhood. But, it is a brave book that awakens us to the truth of the world we live in. I think, the call to action is the fact that she has brought this unheard-of story to life. It definitely evokes emotion and inspires one to act!

I, Duryodhana by Pradeep Govind looks at the epic from Duryodhana’s point of view.