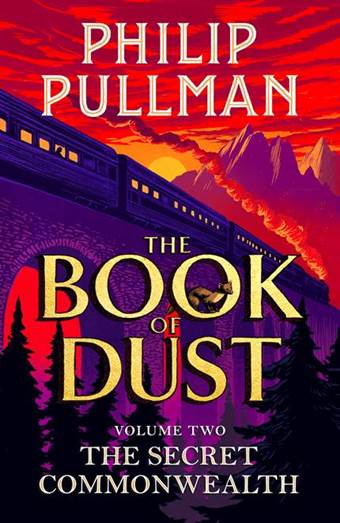 Phillip Pullman’s second volume of the Book of Dust Trilogy, The Secret of Commonwealth jumps 20 years forward to give the reader the story of its protagonist Lyra as a young adult. La Belle Sauvage, the first volume of the trilogy The Book of Dust, was a prequel, telling how, as a baby, Lyra Belacqua was saved from the deadly agents of the Magisterium, the authoritarian church that is always seeking to extend its powers.

Now she is a student in that familiar-yet-strange Oxford of the story’s alternative world. She has become very intellectual and a little solemn and has fallen out with her daemon, Pantalaimon. But she cannot retreat into her books, as she soon realises that she remains a person of interest to the Magisterium. The book’s gripping opening chapter moves between sinister machinations among leaders of the church in Geneva, and a clumsy murder in night-time Oxford. The murder victim, Lyra discovers, is a botanist – a crucial element of this tale. He had recently returned from a research trip to Central Asia where it is suspected the story will make its way.

All characters have aged in this second volume. Malcolm, whose help Lyra soon recruits, has grown into an eccentric young academic with a soft spot for Lyra, his former student. Other characters from the earlier books return as well. As she flees the deadly theocrats, there are plenty of the thrills you might recognise from His Dark Materials, yet this is a long way from that work. The book also features some graphic violence and an attempted gang rape. There is also some depiction of Lyra’s awakened sexuality, though Pullman makes her seek out the company of men to whom she is not attracted, so that she cannot be unfaithful to the absent Will, forever lost to his parallel world. The book effectively captures the trials and tribulations of young adulthood and all the mixed emotions that come with it.

Tags: Philip pullman, the book of dust, the secret commonwealth

The Rainbow Acres by Simrita Dhir