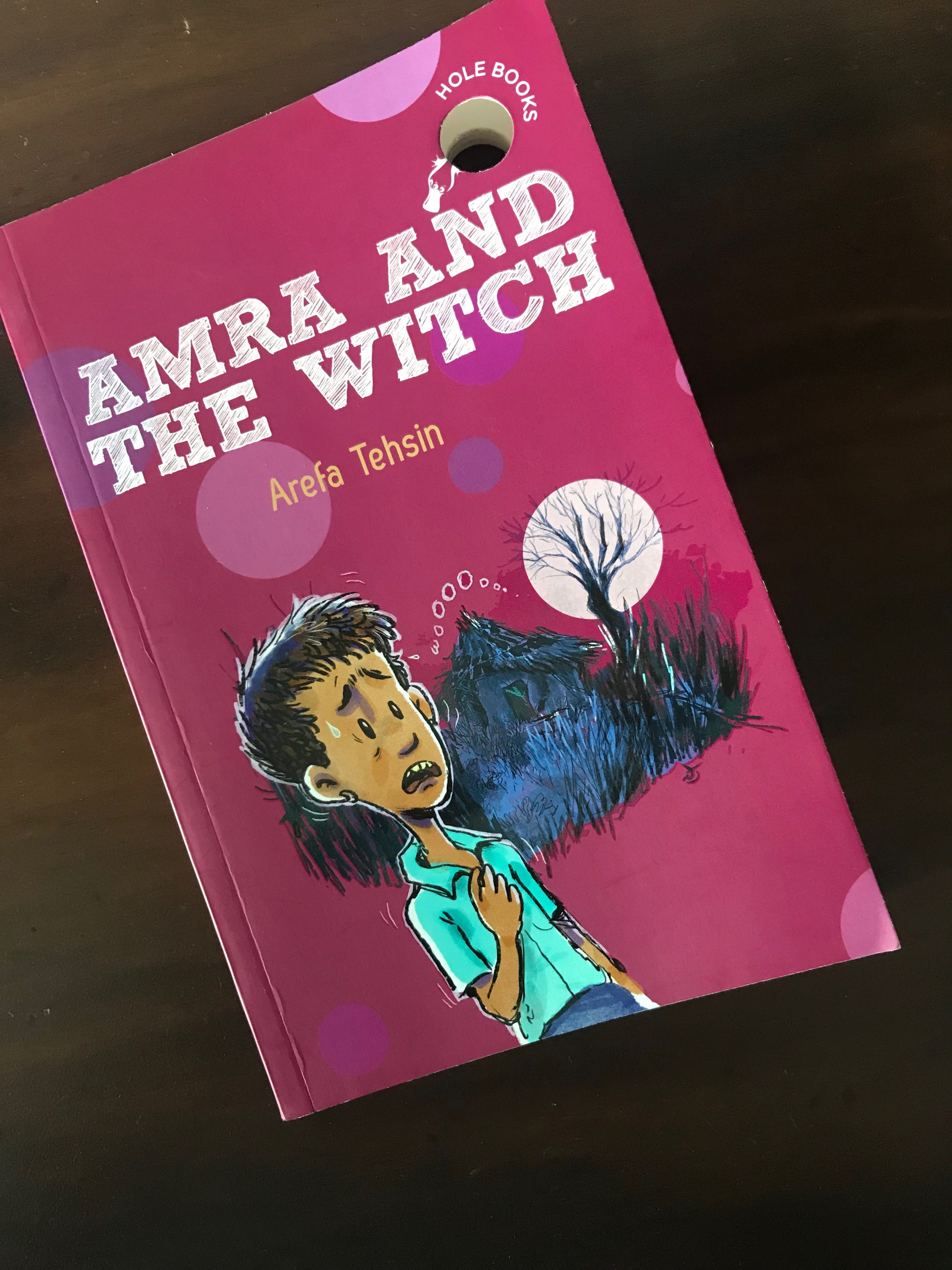 Amra and the Witch is a story about the adventures of a boy called Amra and his friend Veerma. This book takes young readers into the lush fields of North India in a beautiful village environ. The simple day-to-day lifestyle of the people, their language and their mannerisms are evoked quite beautifully in the story. Besides the story itself, I found these elements quite fascinating. They would present an authentic setting to the urban child who would most likely be the reader of this book.

The villagers believed that whoever needed an answer badly went to Jeevti Dakkan, a witch who lived in a haunted hut. The kids were so scared of her that when they went to school they would take a route two kilometers longer because they did not want to go near that hut. Amra had a question that was unanswered, and a serious one at that! Veerma told him to go to the witch. Do they meet the witch? Do they manage to solve their problem without getting into another one?

Amra and the Witch is a story for young readers, about the age of 7 to 9. The language that is used in the book is very simple and easy to understand. It has got plenty of humorous bits that keep on popping up and that keep readers chuckling all the way till the end.

It is a very catchy story as the suspense is held till the end of the book. The climax is revealed in a very simple way. The illustrations enhance the experience of reading the book. They are simple, but say a lot.

I would recommend this book to readers who love to read mystery stories. Amra and the Witch is a fun and delightful hOle book!

Title: Amra and the Witch

Shah Jahan and the Ruby Robber  by Natasha Sharma

Haiku by Kala Ramesh…. a crisp introduction to Haiku for children