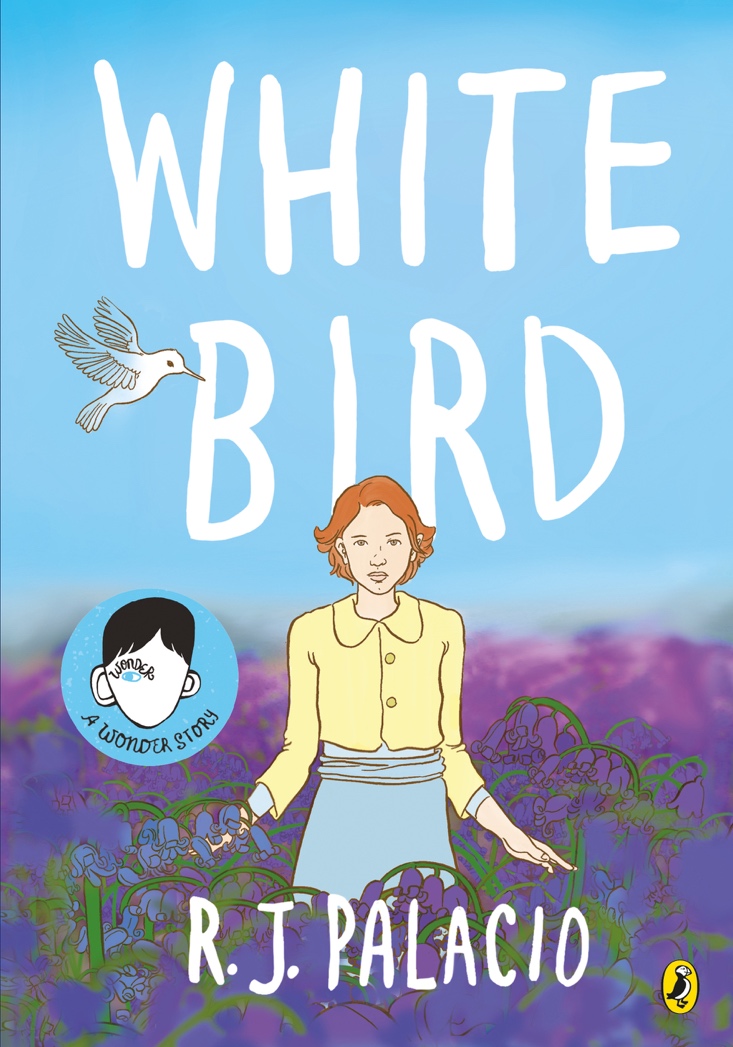 If R.J. Palacio’s Wonder stirred hearts, White Bird will melt them! We meet Julian, who was in the novel Wonder, a classroom bully, in a completely different context here. Julian discovers the powerful tale of his Jewish grandmother who hid from the Nazis in occupied France during the Second World War.

There has been a lot of literature on the World Wars and specifically the holocaust, that was one of the most terrible events to have taken place in the history of mankind. One shudders even today to think of the immense suffering that innocent men, women and children had to go through in those times. White Bird narrates the story of Julian’s grandmother, born in a privileged and educated family, brought up lovingly by her parents and leading a comfortable and idea life. Things are beautiful until one day the war changes everything.

As the Nazis enter their peaceful town, she finds her life turned upside down overnight. The story follows how she finds comfort and solace thanks to the kindheartedness of common people around her. She is separated from her parents, and goes into hiding. However, it is the love and kindness of simple folks that keep her alive and hopeful. Will she ever reunite with her parents? Would life ever be same again? Will there be normalcy?

But even in moments of desperation and bleakness, the human spirit clings on to hope. Basic human kindness and compassion fuels hope for a better future. Though the government and the invading army wreaked havoc with the common citizens, it was in the kindness of neighbors, friends and common people that so many souls found redemption. One may forget the brave deeds by common folk. But, these are the only things that keep the human spirit going.

The graphic book may be a simple read in terms of language and plot, but the story and the message is powerful. As you read the book you will feel empathy towards fellow human beings who have suffered. You will feel proud of the kindness and courage that citizens can show even in face of grave danger. And, you will marvel at the resilience of the human spirit.

What makes this book different from many other books in the genre is that it has a very contemporary touch to it. The story is narrated by the protagonist who is now an old woman, to her teenage grandson (Julian, who also appears in the novel Wonder by the author, albeit as a bully) who is studying about the holocaust at his school. As she narrates the story to him, we are taken in flashback mode and we relive her life with her.

But even today, has the situation really improved? Is the state of the world ideal? Don’t we still have wars in different formats and discrimination in different forms? But what is common is that even today, common people stand up for what is right. It is this message that really pervades the entire book. The motif of the white bird that signifies peace and freedom appears throughout in the book.

Despite the dark theme, the book remains infused with positivity and goodness. As the protagonist says while recalling the dark times, “Those were dark times, yes….but what stayed with me the most is not the darkness but the light. That is what I have held on to all these years and that is the story I want to share with you now”.

I think that young adults and adults must read this book as a beckon of hope for change in the times we live in. We should allow the message of kindness, hope and courage carried by the White Bird envelop all of us!

You may want to read about these powerful novels for Young Adults.

The Secret Life of Debbie G by Vibha Batra and Kalyani Ganapathy, a coming-of-age novel